Born with a partially formed left arm, 22-month-old Joseph Tidd sometimes feels that he is different from others. His parents, Miles and Colleen Tidd, are trying their best to let the child grow up with pride and confidence in himself despite the circumstances.

Although they don’t hide the fact that he is different from others, Miles and Colleen also teach Joseph that being different is not really bad – and that there are many others like him.

Upon learning that soccer star Carson Pickett would be playing for the Orlando Pride soccer game, Miles and Colleen immediately bought tickets to the match because they wanted their son to meet Carson. You see, just like Joseph, Carson was born with a partially formed left arm, but this did not stop her from being normal and living her dreams.

After the game ended, the Tidds waited a bit longer in the stands and hoped that Carson would see them – and she did! She ran towards them and gave Joseph a ‘fist bump’. With both doing the ‘fist bump’ using their arm stumps, a lot of people were touched by the moment. 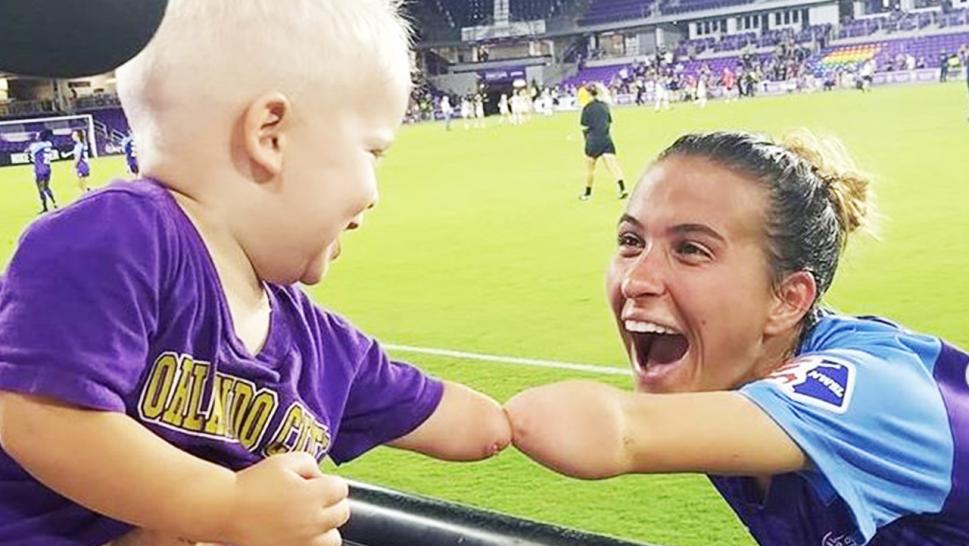 Joseph was ecstatic knowing that a popular soccer star is just like him. His parents hoped that just like Carson, Joseph would also enjoy playing sports when he grows up. They are also hoping that Carson would be his role model.

“Carson believes she can do anything, and that is the mindset we want Joseph to have as well,” Miles said.

As for Carson, the young lady has truly become a role model and inspiration to many.

“I have the ability to impact a lot of people. My parents tell me all the time to use the platform God gave me. I can use my arm for something greater than myself. I’m able to impact so many kids and people who may not see a way out. It doesn’t have to impact them through soccer,” Carson shared.

“To see that I am succeeding in life and happy in life can go a long way for some people.”

What is a Fist Bump?

While the older generations had the high five and the handshake, today’s generation prefers the fist bump. To do the fist bump, you simply curl up your fingers to create the fist, then bump it with your friend’s fist – exactly as the name suggests.