A supportive dad gamely wears costumes to model for his son who’s an aspiring artist. What’s hilarious is that he had to wear costumes for women – and the kid doesn’t forget to include his armpit hair as a detail for the photos. LOL. 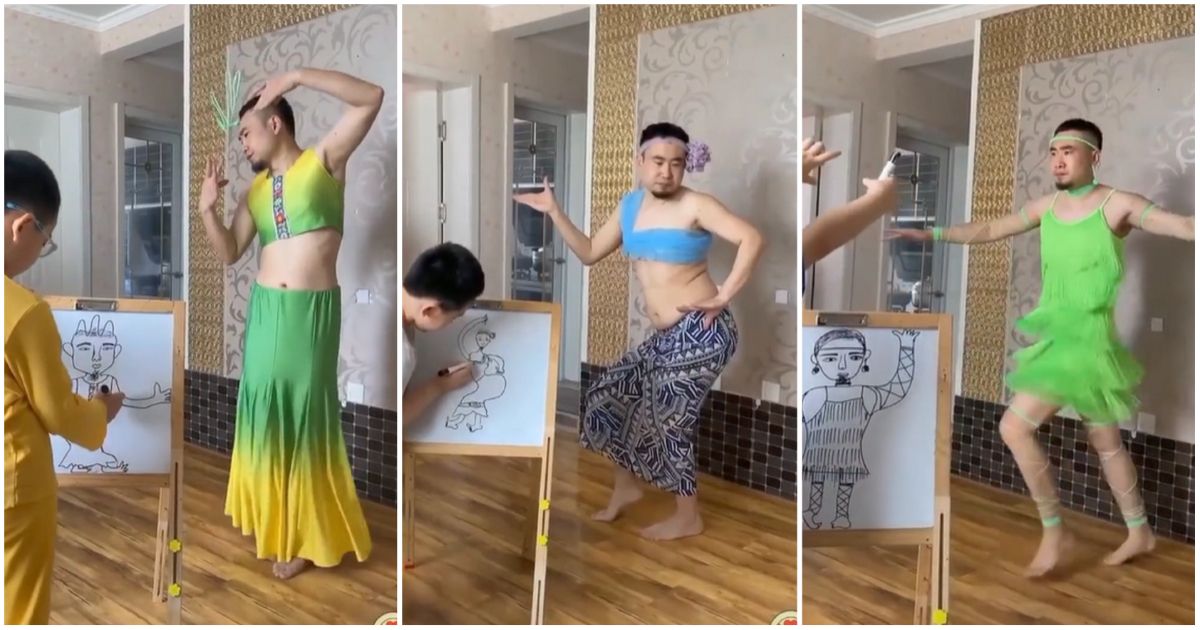 What are you willing to do for your children? For many parents, the answer is anything and everything. 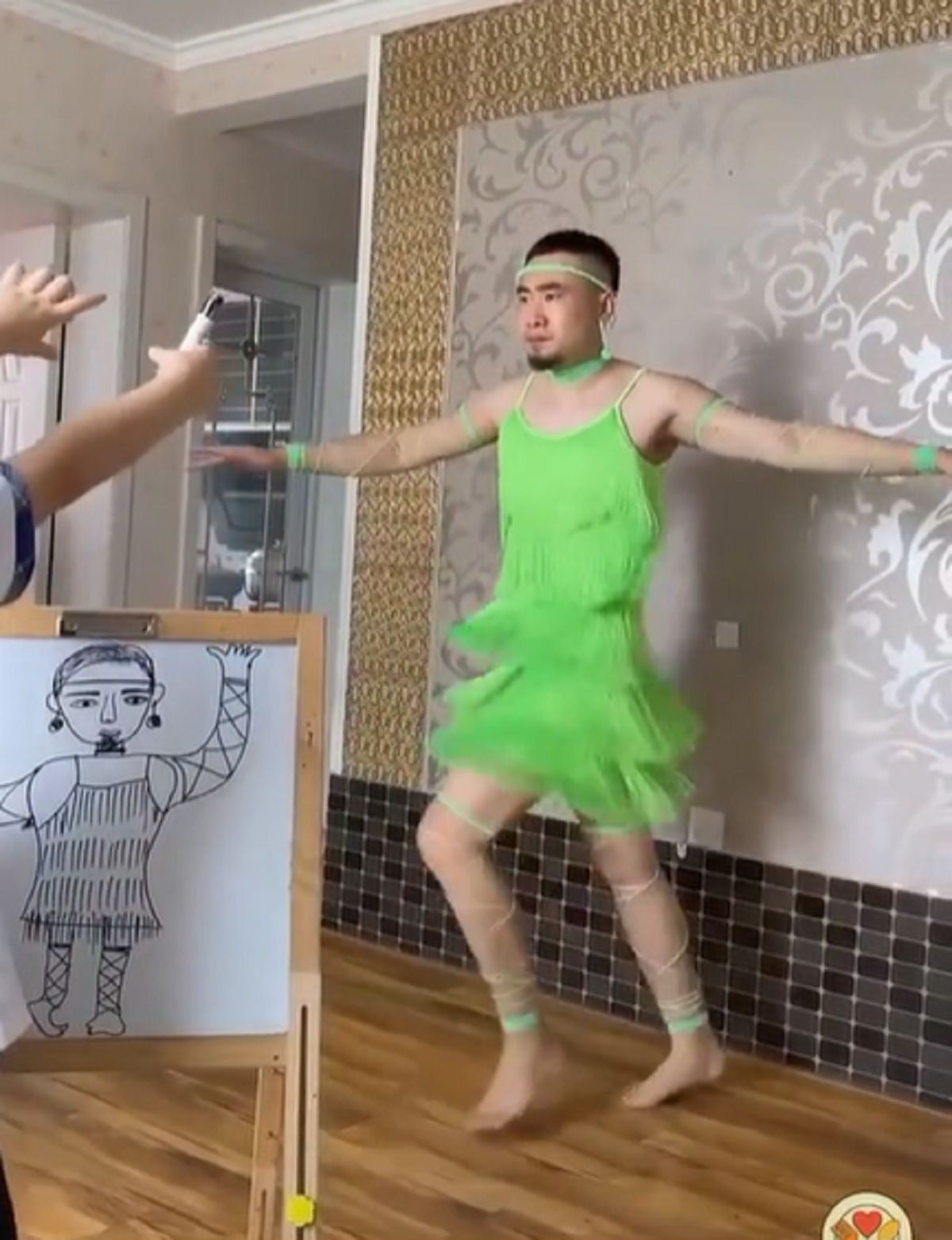 In the viral clip that has since received over a million views on the platform, the dad can be seen gamely dancing in costume while his son created the drawings.

He even changed into different costumes, complete with different headdresses.

It’s cute that he even did this outdoors.

Netizens found it awesome that this dad was ready and willing to do this for his son. While he appeared to be a laughingstock on the internet for his funny moves and hilarious costumes, netizens admired him for showing his support. 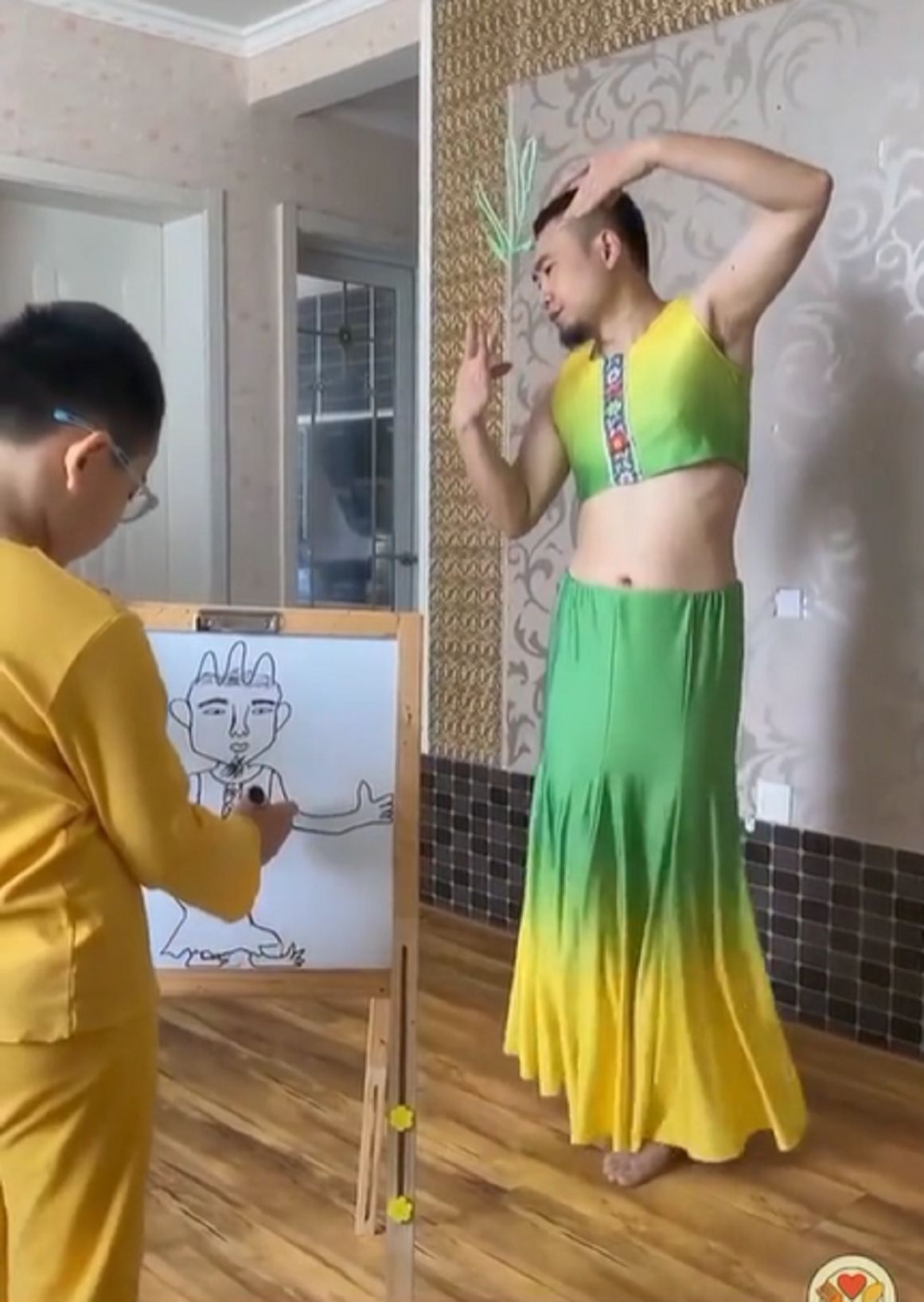 “A supportive ‘Dad’ to his child’s dream as a future artist,” one netizen wrote.

“Daddy is the best Hahhaaaaa sorry for a laughs,” another wrote.

Others pointed out the “details” of the child’s drawings. 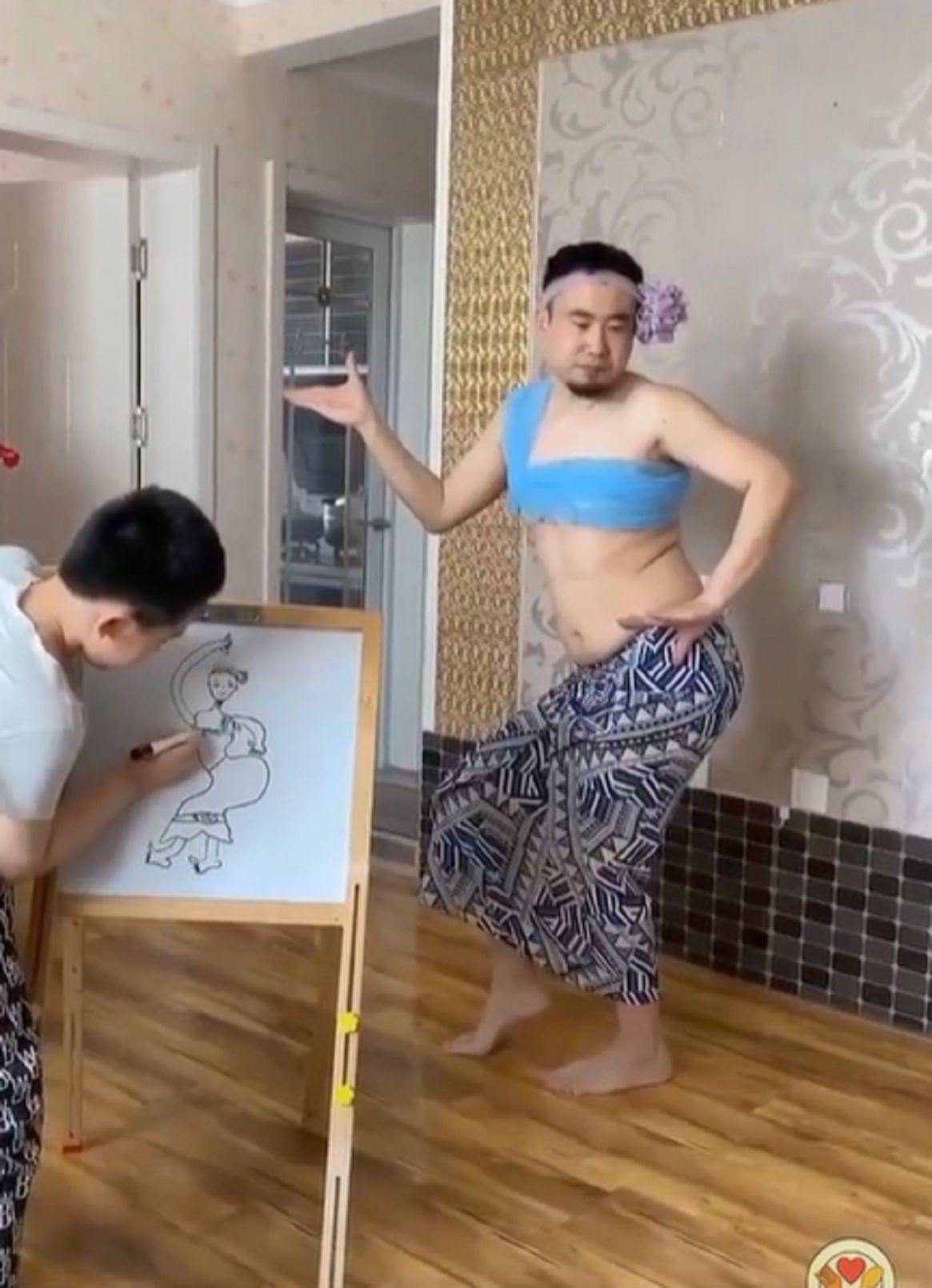 Others also wished that all dads will be like him – not necessarily about doing what he’s doing but in supporting their kids.

How to Support Your Kids’ Talents

Stay tuned to your child’s activities and help them develop their talent. You can encourage them to pursue their gifts and passions, instead of stopping them from doing something that they might not earn from.

For example, many young artists don’t get support from their parents because it’s viewed as a career that doesn’t earn a lot of money.