Social media is abuzz these days over videos of a domestic helper in the Middle East who was found hanging inside a building. Blog site Kwentong OFW reported that this woman was an overseas Filipino worker (OFW) but others are saying that she could be of another Asian race such as Malaysian or Indonesian.

One of the clips showed the woman hanging by a thick rope from the ceiling in an apparent suicide but eagle-eyed netizens quickly pointed out that while she did appear to have killed herself, her hands were so bruised that there was a possibility that she was actually killed by someone else but hanged there to make it appear like she had committed suicide.

As of press time, the woman has not been named yet and her nationality not yet released to the media. 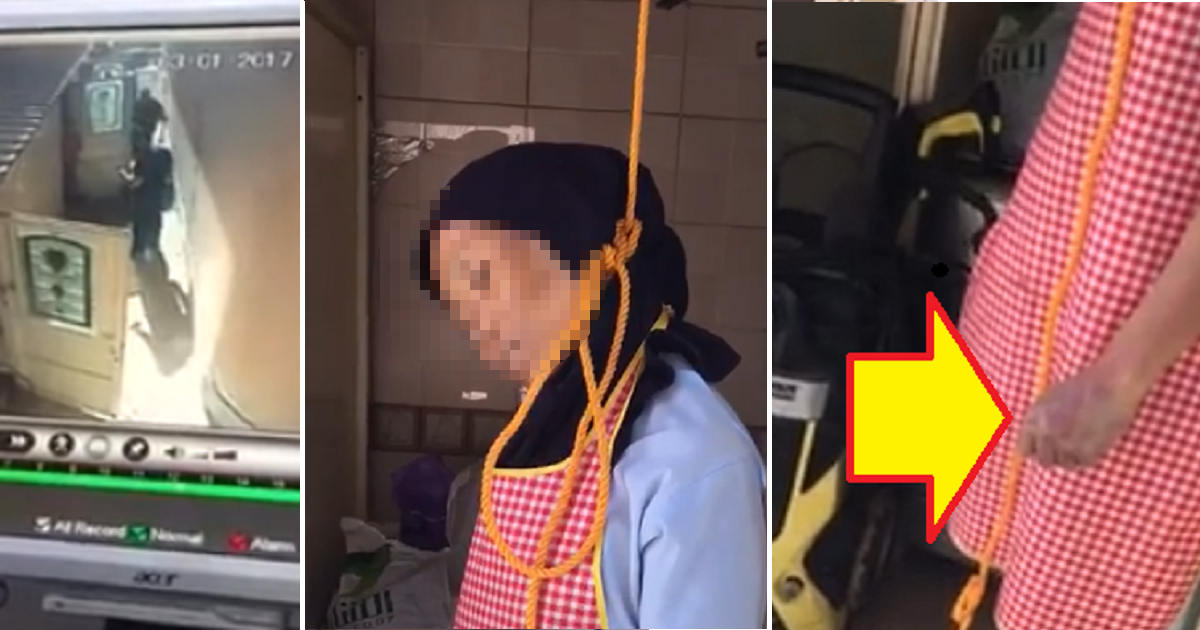 Police investigating the matter scoured through CCTV footage of the area outside where she was found hanging. In the clip, the woman could be seen entering the facility. But because nothing could be seen happening for some time, the operator had to put the video on fast forward mode.

Some seconds later (several minutes had passed in the clip, though), two men could now be seen outside the door where the woman had gone in. Because the clip had been fast forwarded, it was not clear whether the men had come from inside the room or had arrived outside and opened the door.

The clip also ends there; thus, no one is certain about where those men had really come from and what actually happened to the lady but netizens believe that those men had been inside the entire time and were only waiting for someone to enter the room.

Some netizens theorized that the men had raped the lady but when she resisted (as could be seen by the bruises on her hand?), they killed her and arranged her body to make it appear like she killed herself.

What do you think of this theory? Check out these videos and see for yourself…