If you’re living near a busy street or an airport, you are facing a bigger risk of developing a fat belly, according to a study by researchers from Karolinska Institutet at the Institute of Environmental Medicine in Sweden.

Based on a research involving 5,000 participants living in different areas in Stockholm, Sweden, the scientists found a link between traffic noise and waistline size. 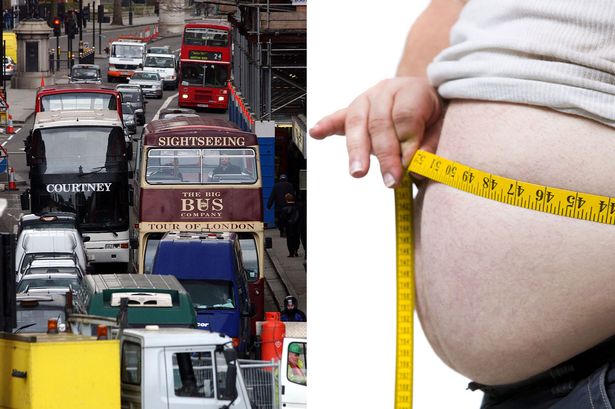 For every additional 5 decibel increase in exposure to noise, the waist size increases by 0.21 cm.

According to Prof .Goran Pershagen, the traffic noises from busy roads, railway lines and flight paths may affect the production of cortisol, a hormone responsible for fat deposition in the middle portion of the body.

“This may explain why the effects of noise were mainly seen for markers of central obesity, such as waist circumference and waist-hip ratio, rather than for generalised obesity, measured by BMI,” Pershagen said.

Peshagen added that the traffic noises, which he considers as physiological stressors, can influence an individual’s cardiovascular functions.

However, further studies must be conducted in other study populations to confirm the results of the research.

“While interesting, this is one of the first studies to look at the link between waist size and traffic noise, so it’s definitely too soon to be able to blame your increasing waist-line on traffic noise,” said Dr. Anna Hansell of Imperial College of London.

Tips on How to Slim Down Belly Fat

A study conducted by Harvard Medical school revealed that an individual may have excess body fat if the waistline measures more than 40 inches for males and more than 35 inches for females.

Although it takes a lot of hard work to get rid of belly fat, there are some simple ways to slim down your midsection, according to Livestrong.