Ever wonder what it takes to have successful children? Parenting plays a big role. While children have their own free will, parenting plays an important role in their success too. Several studies have proven it.

Here are the 7 traits common to parents who have successful children:

According to a research done by the University of California, when parents set high expectations, their children would usually emulate them. 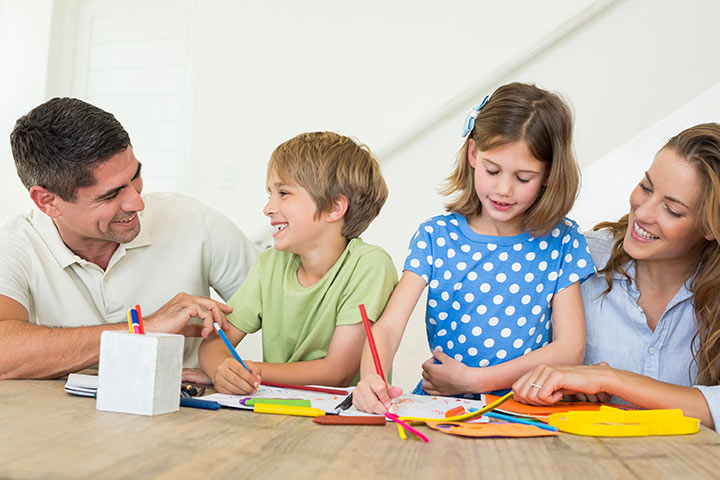 2. They belong to a higher socioeconomic rank.

Sean Reardon from Stanford University said that the attainment gap between low and high-income families is wider: “roughly 30% to 40% larger among children born in 2001 than among those born 25 years earlier.”

Unfortunately, children from poorer families have more financial problems which get in the way from their attaining a higher education.

3. They have reached a certain educational level.

Parents who finished college or high school had a greater probability of having children who did the same, as reported by a Green State University study in 2009.

The researcher, Dr.Eric Dubow, discovered that the parents’ educational level when the child was 8 years old, significantly determined the educational and occupational success for the child after 40 years.

4. They provide academic skills to their children at an early age.

Math skills taught early in life can result to more successful children, based on a study by the Northwestern University in 2007. According to co-author Greg Duncan, proficiency of early math skills foresees not only future math achievement, but also future reading achievement.

5. They are responsive to their children’s needs.

Children who receive proper care in their first three years have higher scores in their academic tests during childhood. When a parent and a child has a healthy relationship, they usually would have a higher academic attainment, according to a University of Minnesota study in 2014.

Co-author and psychologist Lee Raby revealed that this implies that investments we make for our children when they are still young may produce long-term results that build up in their lives as they get older.

6. They always have quality time for their children.

It’s the quality and not the quantity that matters when it comes to time spent with the kids, according to a research by the Bowling Green State University.

It should also be noted that emotions can be passed on to one’s children, so a stressed-out parent will not have a good effect on the child, according to sociologist Kei Nomaguchi.

7. They instill a growth mindset to their children.

How a parent acknowledges his child’s accomplishment will influence a child’s mindset. For example, when child gets a high score on his test, does the parent compliment the child for his hard work or his high score?

Study proves that children with the “growth mindset” will see failure as an opportunity for growth and not a sign of an intelligence deficiency. Most “growth-minded” kids want harder problems to solve in class since their sense of success is attached with becoming smarter. Therefore, teach kids not to depend too much on their natural talents but also to value the success of hard work.