19-year-old James Cubelo, a graduating student of the Technological University of the Philippines, had an unforgettable experience while riding Manila’s Light Rail Transit-1 yesterday, March 10, at around 6:00 in the evening.

In an interview with Coconuts Manila, James said he was with his classmates were at the Central/Arroceros Station to catch a train headed to Baclaran. To their surprise, however, the train started moving at full speed while the door in front of them was still wide open. They immediately informed the security officer about the matter but they were just told to hold on tight.

Using his friend’s smartphone, James managed to capture a 1-minute footage of their “crazy LRT experience” which he eventually uploaded on his Facebook account. The video eventually went viral on the said social media site, attracting 367,530 views and 10,600 shares as of this writing. 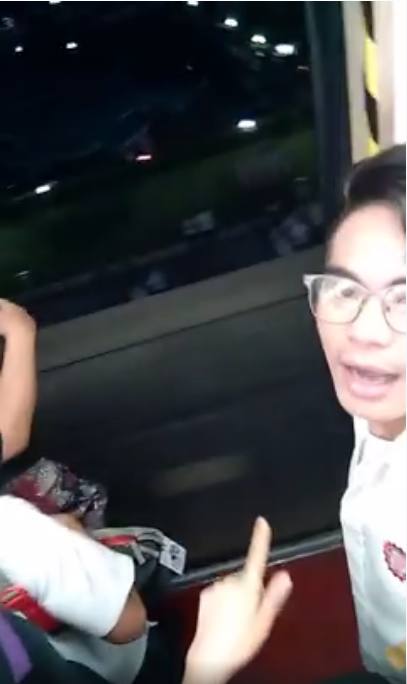 On the said clip, James and his friends just laughed about the risky incident although they were admittedly nervous as well. They even went as far as likening it to a “Star City” experience, referring to the popular amusement park located in Pasay City, Philippines.

You can watch the viral video here:

Cubelo is expected to graduate from his Fine Arts course this March. According to him, he’s been taking the same route for the past four years but this was the first time something like this ever happened.

When the train stopped at United Nations Avenue, more commuters got on the LRT but the door still remained open until it reached Pedro Gil Street.

James hopes that the video would eventually reach the LRT management so they would do something to address such problems.