Nobody wants to flunk an exam – whether they prepared for the test or had forgotten to study. But what if you studied for the exams yet the subject was too difficult or you just didn’t understand the lesson? Well, that’s a different story but what would you do in that situation?

Many of us would surely pray hard and wish that the teacher wouldn’t be so strict in giving difficult questions or would just considering our answers but one guy wasn’t about to put all things to chance.

When faced with a rather difficult exam (and we’re not too sure if he studied or not), he did something that gained admiration from hundreds of netizens on Facebook: he brought a statuette of the Virgin Mary and a rosary which he placed on his desk while he was taking the exam. 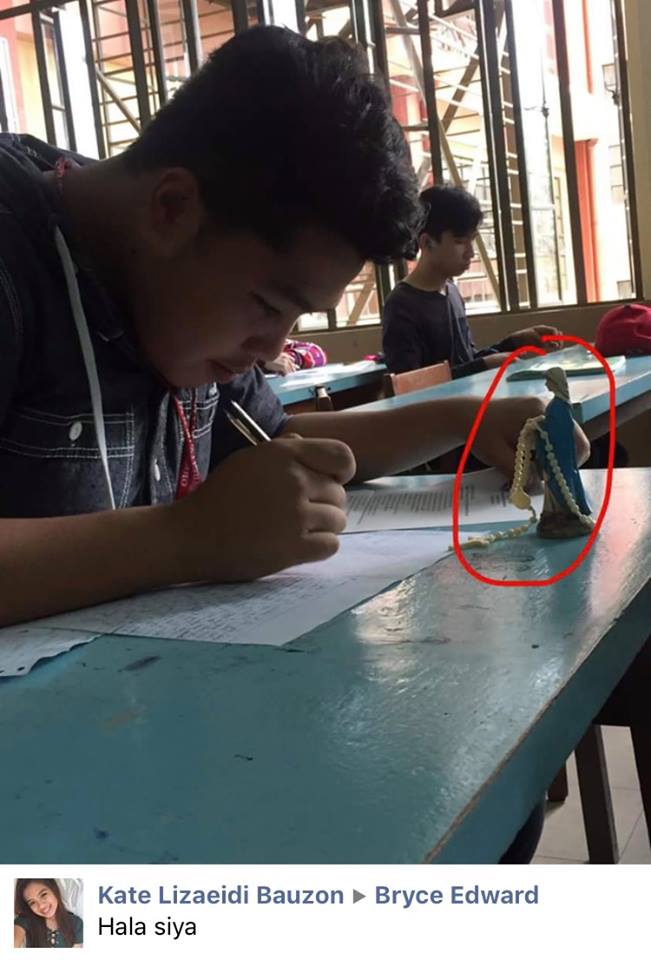 Surely, the teacher would be more compassionate to this student because of this, right? We’re hoping he did pass the test…

This does not mean that we advocate leaving your fate to God and the powers that be – after all, faith without action is nothing! Also, we believe in the saying, “Nasa Diyos ang awa, Nasa tao ang gawa.” This easily translates to “God shows mercy to those who help themselves.”

So, while this student could be commended for his strong faith, we hope he did study hard for the exams and would continue studying because his faith alone wouldn’t be enough to save him in his exams – he must also do something about his studies!

Sayings are words of wisdom that serve as guide for people in how they might deal with a particular situation in life. There are many sayings for various situations, many of which were shared by wise people of the past.