They say a dog is a man’s best friend. But how far are you willing to go for your four-legged furry friend?

A young man reportedly assaulted a 50-year-old female sanitation worker in Lanzhou after the latter stopped his pet corgi from relieving itself on the street. Aside from physically hurting the street cleaner, the dog owner even had the guts to tell the street cleaner how much he values his dog’s life more than hers. 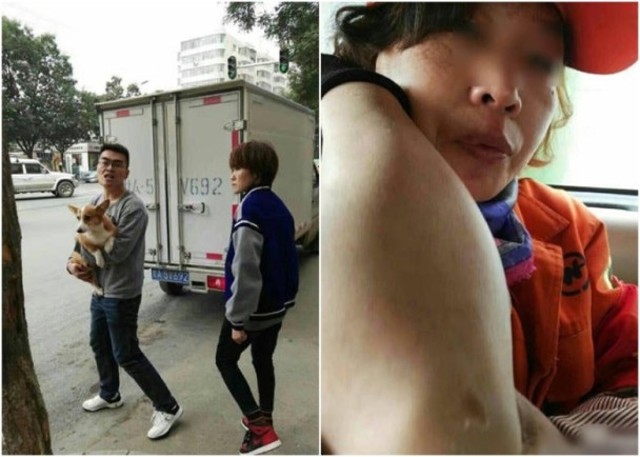 “My dog is worth more than your life,” the young man reportedly told the street sweeper.

Moments after the attack, the injured street cleaner was brought to a nearby hospital for examination.

Meanwhile, the dog owner admitted his mistake before the police and other street cleaners and eventually apologized for his actions.

The street cleaner agreed not to file a case against the dog owner after both parties settled for a payment of $162 for medical expenses and $73 for lost income.

How to housetrain your puppy?

House training your puppy typically takes 4 to 6 months and requires patience, consistency as well as positive reinforcement. Here are some tips to effectively housetrain your puppy.

Share this:
Tags:dog, housetraining a dog, street cleaner assaulted for tying to stop dog from pooping