A mother’s love is a love like no other – and that applies not only to humans but even to animals. This has been proven in the heartwarming viral video you will see below. The footage shows us a stray mother dog who is more than willing to put her personal needs aside so she can provide for her puppies.

As the video uploader tells us on YouTube, the mother dog was “begging for the grilled chicken for the second time.”

The first time she did it, she held the meat in her mouth and then started running away. 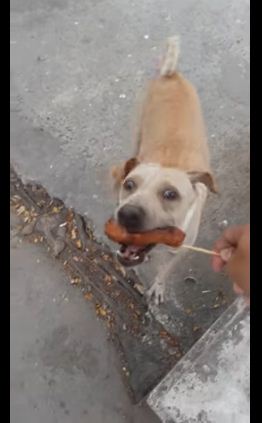 Afterwards, she came back for the second time and the human decided to follow the animal.

Much to the guy’s surprise, he realized the mama dog was taking the food to her “litter of puppies.” 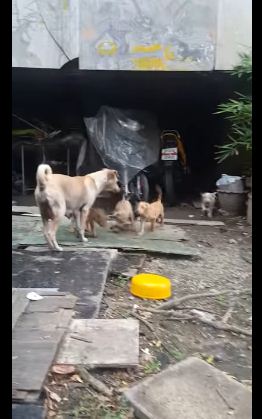 Naturally, people were impressed by the stray dog’s kindness and so the video immediately went viral. Thousands commented how they were touched by the dog’s love for her puppies. Numerous websites have likewise picked up on the story and blogged about it in their respective websites.

Why You Should Consider Having A Pet Dog?

According to BarkPost.com, having a dog can “improve the quality of your life.”

The site even adds:

“Spending just 15-30 minutes with your dog can help you feel more calm and relaxed, reducing stress and increasing happiness. Playing with your pup increases your brain’s levels of dopamine and serotonin, both of which are neurotransmitters associated with pleasure and tranquility.”

Also, studies say that “talking to and petting your pooches are often accompanied by lower blood pressure, and that means a lowered risk for a myriad of different illnesses.”