A stray dog misses a friendly guy so much that she sets out and finds his workplace to meet him again! Awwww. Isn’t that sweet? Perhaps she thinks he is her human now, huh?

Mohd Ridhuan is a 22-year-old guy who made friends with some stray dogs at the beach as he went there with some of his pals some 3 weeks ago.

According to Ridhuan, he and his friends were hanging out at the beach when they saw four stray dogs there. Though he was scared at first of the dogs, one went close to him. He was quite happy when the dog appeared friendly, so Ridhuan patted her on the head. 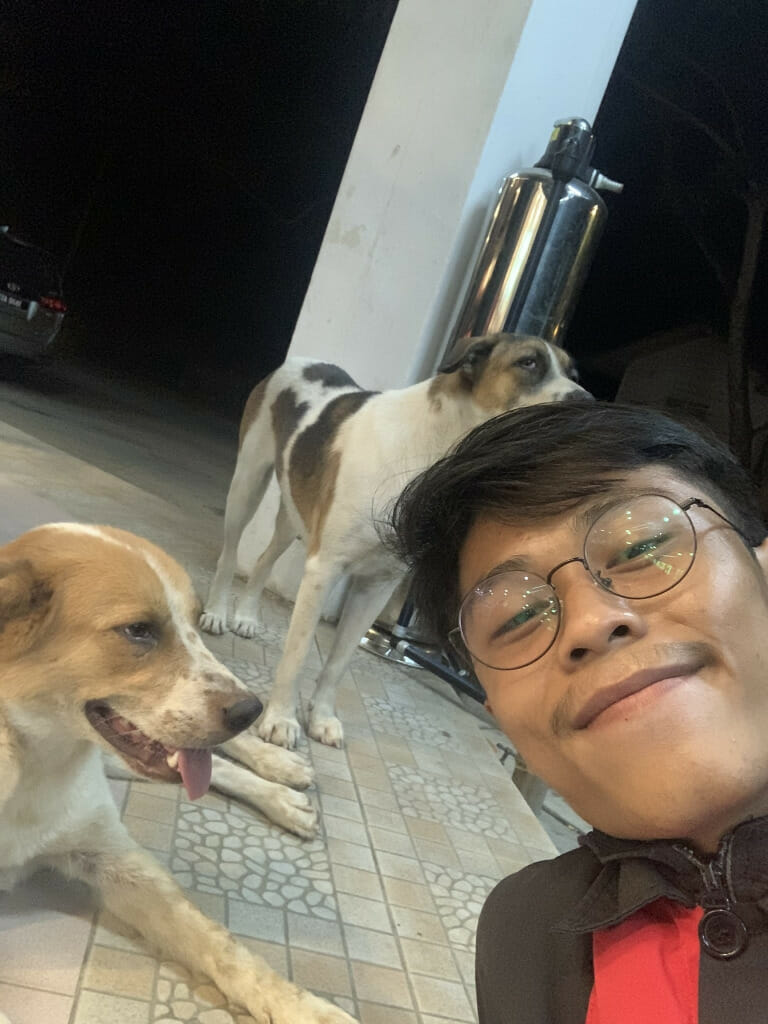 The next time he went to the beach, the dogs were much friendly. With the dogs wagging their tails at him, Ridhuan decided to give them some food. From then on, he would bring them food each time he goes to the beach. He would also pat their heads.

One dog is particularly the friendliest – and Ridhuan liked her best. But since he can’t bring them home, he would simply visit them from time to time.

Recently, however, Ridhuan had been so busy at work that he was not able to visit the dogs at the beach. One of them, his favorite, must have missed him so much that she ventures away from the beach to find him at his workplace! Awww. Isn’t that cute?

It was clear that the dog had been waiting for him – and she’s been hanging out at his workplace ever since she found where he works. She must have missed him so much! 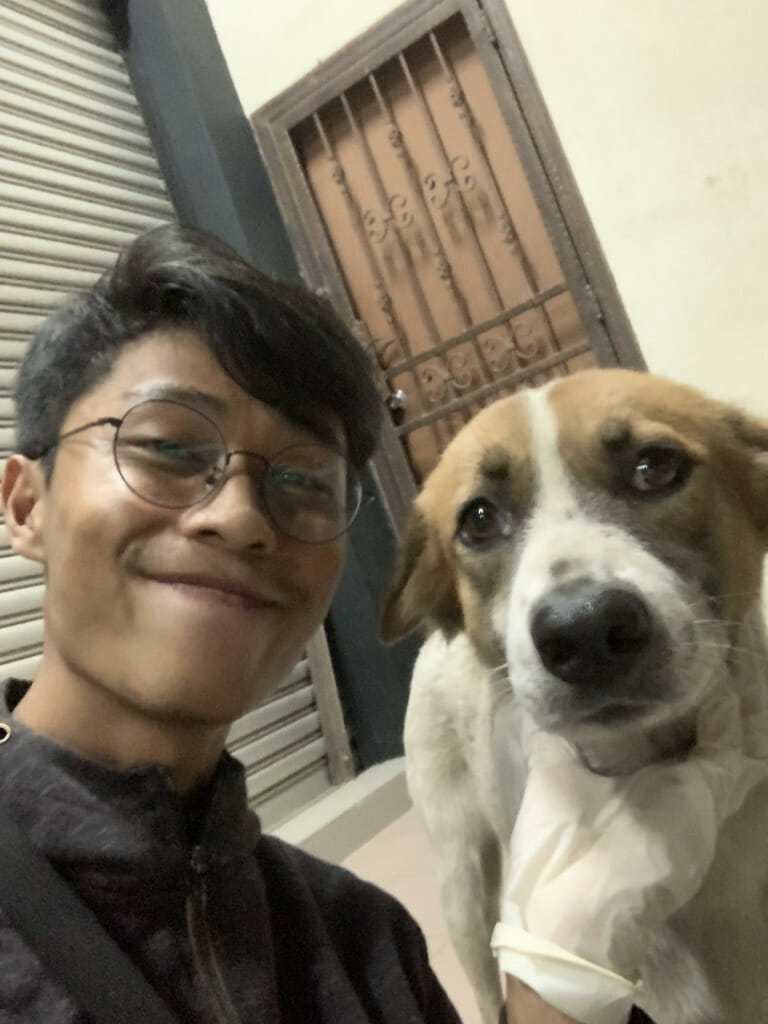 According to Ridhuan, he brings new gloves so he could pet the dog every day when he goes to work.

Dogs can track humans and other animals or objects due to their keen sense of smell. Dogs also have a good sense of direction and appear to remember streets or landmarks they pass. These make dogs excellent trackers. That’s something that humans have long known since many centuries ago when dogs are used to find lost people, even ones they don’t personally know.