A stray dog interrupts a street performance to comfort an ‘injured’ actor on the ground. While the moment veered away from the script, the actor was so touched by what happened that he let it become part of the performance. The audience loved it, of course!

A lot of animals, particularly dogs, are known to be empathic. They seem to understand people’s feelings and are there to comfort us. That is the reason why there are dogs that are trained to assist humans, not just as ‘seeing eye’ dogs for blind but also as support for those who are going through mental issues such as PTSD or depression. 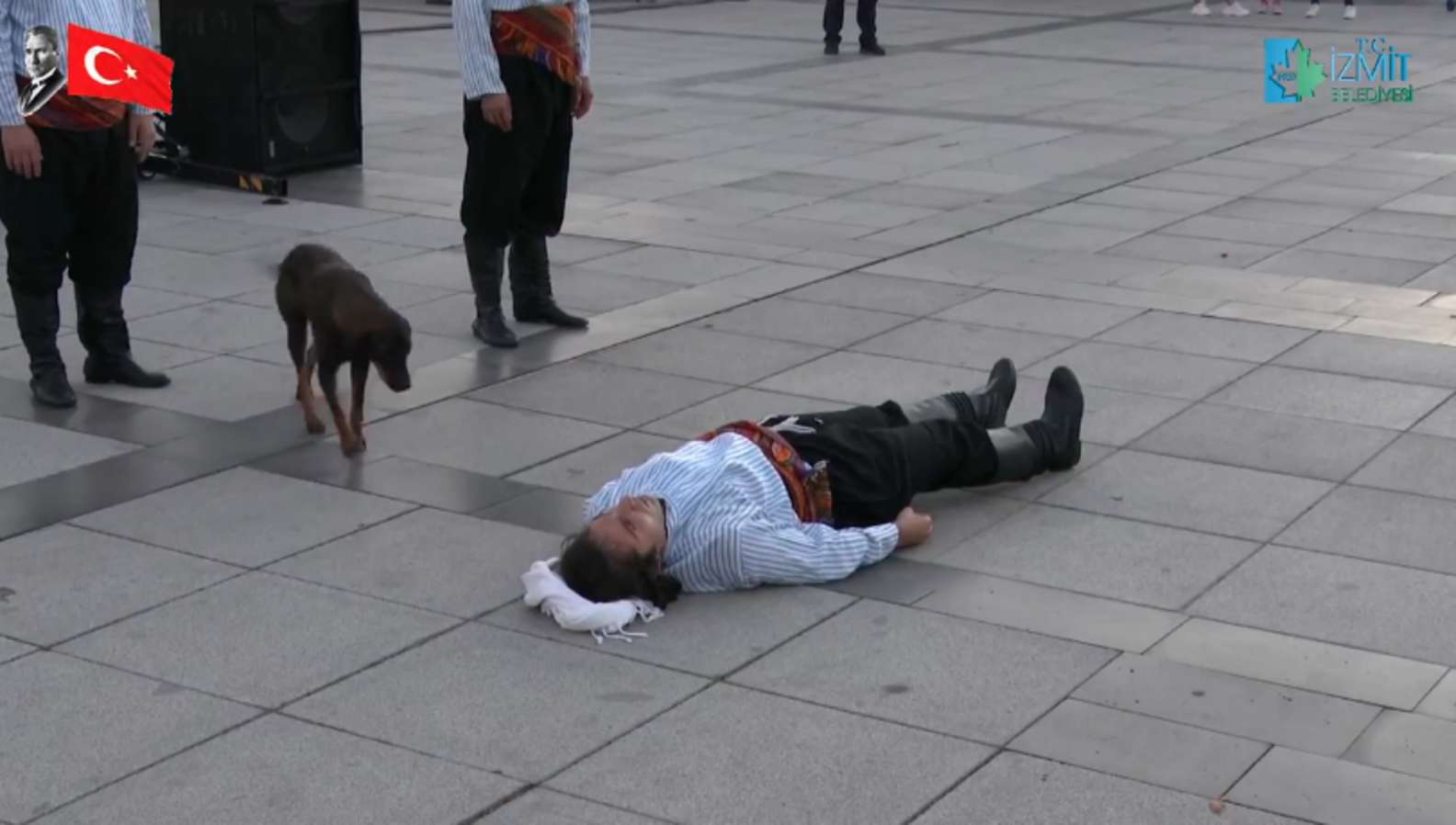 During a street performance in Turkey, actor Numan Ertuğrul Uzunsoy’s character got ‘injured’ and could be seen lying on the ground. It was all acting, of course, with the audience knowing it is not for real. But a stray dog who happened to be in the area thought that Numan was injured for real.

Seeing the human, who is a stranger to him, lying on the ground, the dog rushed to his side and offered him comfort. At first, Numan even thought that one of co-actors had forgotten the script or something but was surprised to realized that it is actually a stray dog comforting him as he lay on the ground.

“The character I played was injured and in great pain. He’d fallen off a horse, and was breathing hard,” Numan explained.

“I was very happy when I felt the dog’s kisses. I was very touched. He was like an angel who wanted to help me. It was a very emotional moment for me. I was not expecting it.” 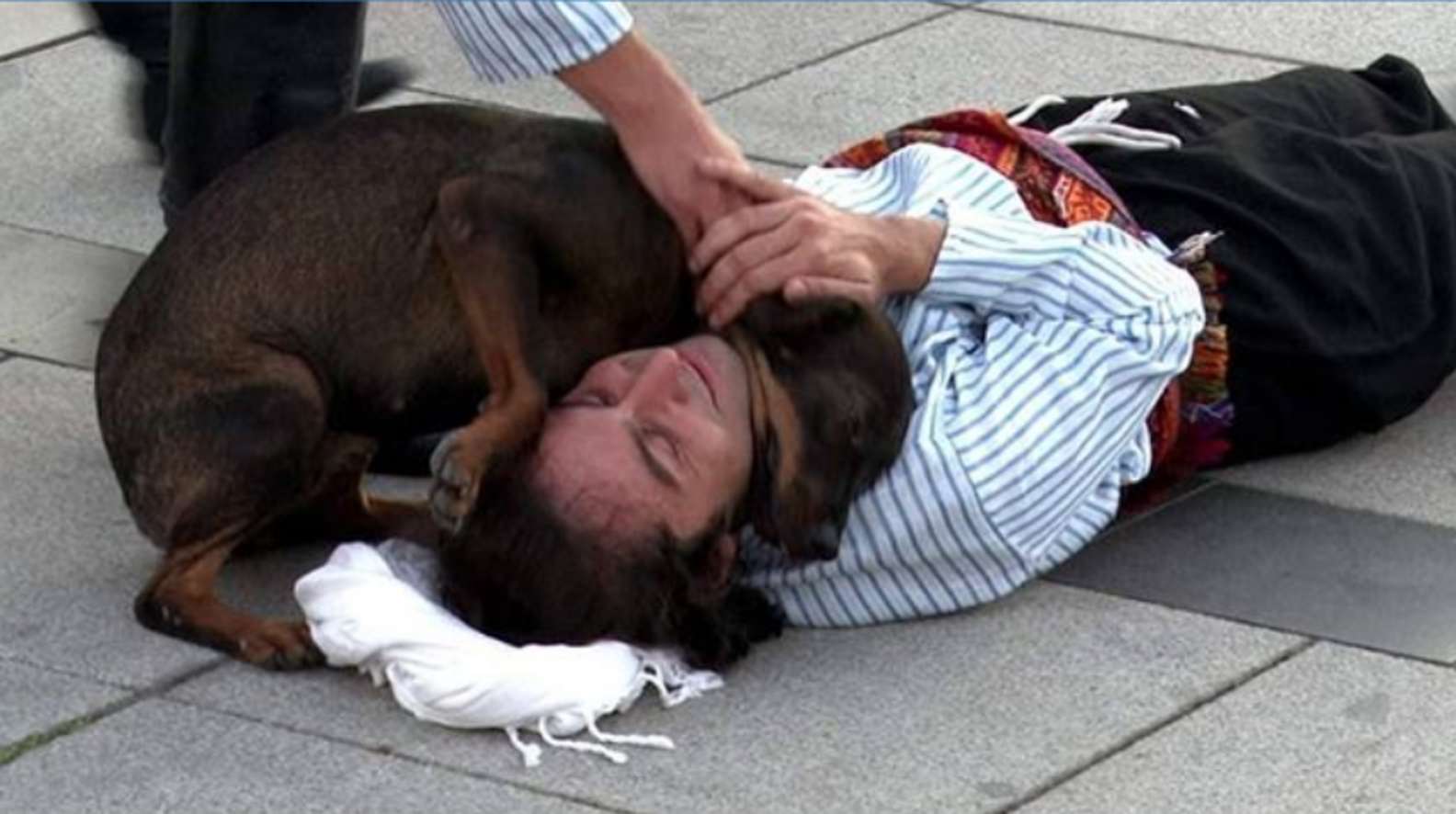 So happy was Numan that he veered from his script to incorporate the dog’s sweet action – and the audience loved it! Later, a crew managed to get the dog off the scene and they were able to continue the story, but Numan was forever touched by the moment.

“My castmates loved the dog, and the audience was very happy. Everyone cheered,” he said.

Do Dogs Save Lives?

A lot of dogs save their owner’s life as if it is their instinct to protect them from harm. Others, just like this stray dog, simply try to help even if they don’t know the person. For some reason, dogs appear to decipher whether a person is in danger – and they even appear to know the difference between a good and bad person.