A 23-year-old Muslim woman from Newcastle was defended by strangers in a train after a man made racial comments to her and her sister.

According Ruhi Rahman, she was on a jampacked Newcastle train when the man began racially abusing her. Making Islamophobic and racist comments on her, the man told the other passengers Rahman could bomb the train. 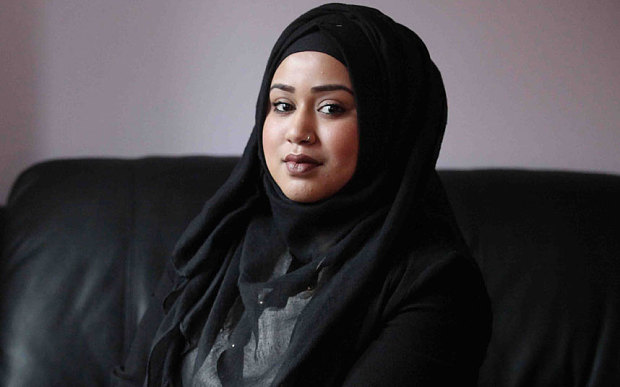 “Get out of this seat now. This is my country,” the man told Rahman.

But before Rahman could even speak to defend herself, random strangers reacted to the man’s anti-Muslim comments. After hearing the man’s derogatory racial remarks to Rahman, a lady beside her stood up to defend her. Not long after, most of the people in the train began showing their support. In no time, the crowd was able to force the man to depart the train.

Calling the people of the train her “angels”, Rahman told THE CHRONICLE: “I have never felt more proud of being a Geordie. It was lovely that everyone came together to help us and I can’t thank them all enough. It made me feel really optimistic and hopeful.” 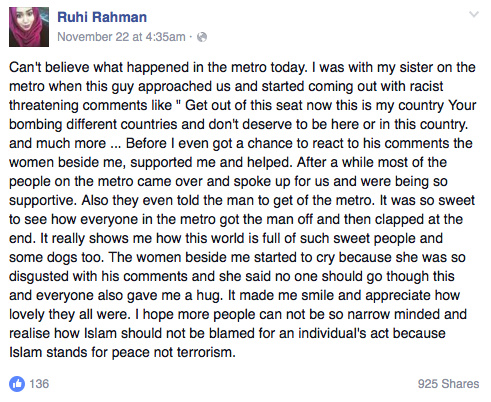 What Are The Signs of Racism?

Racism, which has existed throughout history, is a belief that a particular race is more superior or inferior to another. It can also be defined as the hatred of one individual to another because of skin color, customs, place of birth, language and other factors that supposedly show the basic nature of the person.

Here are some signs of racism according to racism.org.