The youngest daughter of Juancho and Milagros Magalan, Cyrish had dreams of riding a plane and becoming a flight stewardess. She devoted her college years to her studies as she took Tourism at the UST.

Soon after graduation, she was able to get a job as a Guest Services Assistant at the SMX Convention Center which was at a convenient commute to and from their house. With a 9AM to 6PM shift and an easy commute, Mommy Milagros was at ease knowing that her daughter was safe. 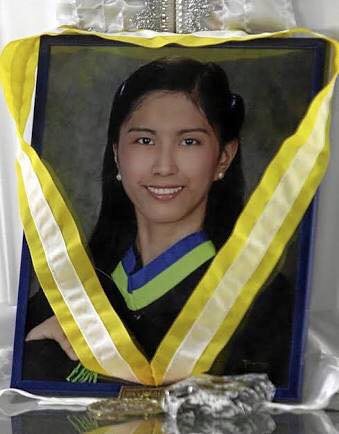 On the day she was set to receive her first paycheck, October 30, 2012, her family waited excitedly at their house for her arrival as she promised her siblings’ kids that she’d bring them some donuts and other treats.

But their excitement turned to worry when by 9 PM, she still hasn’t arrived. The family knew that she would never go out with her friends without telling them – and especially because she promised to bring them a treat for her first paycheck.

Her dead body would be found the following day. She had 49 stab wounds.

Her story shocked the country, especially after the suspects were apprehended: 24-year-old Roel Gacita Jr. and his brother 27-year-old Rolin Gacita who readily confessed to the crime, admitting that they used shabu and “were not themselves” at the time they killed Cyrish. 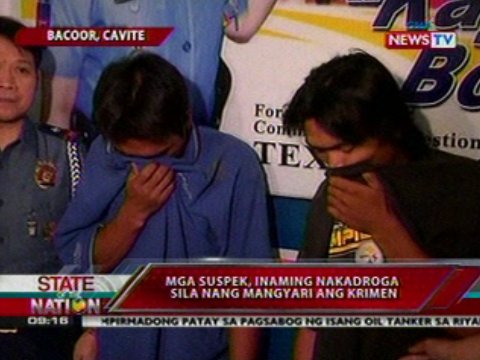 Due to drug use, the life of a beautiful, kind, and innocent girl would be snuffed off – and she would become just another statistic on the police’s crime list.

With the Philippine National Police (PNP) purging the country of drug users and pushers, under the mandate of the president, hundreds of suspected drug personalities have died while thousands have surrendered yet many are lamenting the extra judicial killings and the lost lives of these drug personalities, forgetting that there have also been thousands of victims whose lives have been snuffed by crazed drug users who, like the Gacita brothers, would merely ask forgiveness for the crime they had done while they were under the influence of drugs…