Stephen Curry is among the best players in the NBA this generation has ever seen but he’s recently proven yet again that he’s not just great in the basketball court, he’s also awesome outside his turf.

During pregame preparations for a game between Curry’s team, the Golden State Warriors, and the Dallas Mavericks, the player stopped what he was doing to approach a young kid whose dad died in a car crash.

The 9-year-old boy is the nephew of Curry’s opponent, Dallas Mavericks guard Devin Harris. The latter was at the stadium with his nephew to show support for his team but didn’t play as he was still dealing with the loss of his brother, Bruce Harris, who died in a car crash last Thursday.

Upon seeing Harris and the boy, Curry went over to offer his condolences and to comfort the young lad. The boy could be seen bowing his head in grief throughout the encounter while Curry talked to him softly, putting his hands on the young man’s shoulders. 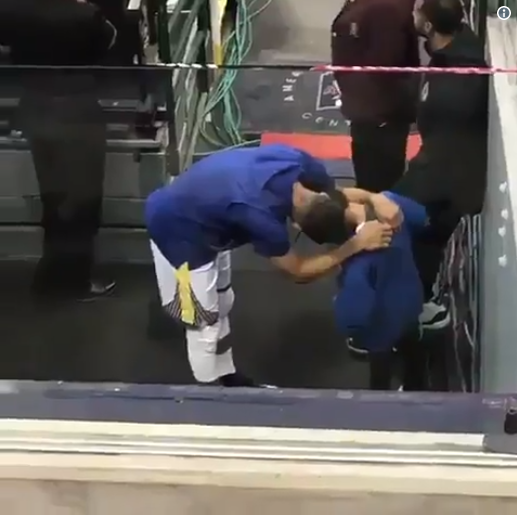 “It’s obviously… hard to find the right words to say in that situation, because it’s such a tough blow to the family. At that age, I can’t imagine what he’s going through. But best thing I could say was to lean on his family to give him that strength to get through this tough time,” Curry later told reporters when asked what he said to Harris’ nephew.

In a statement to the press, Harris said, “I lost my brother tragically and it’s been a tough week. The family is taking it pretty hard, as you would expect them to. Probably the toughest thing I’ve had to deal with, dealing with myself, trying to explain it to his kids, my kids – it’s just been tough.”

Stephen Curry praying pregame with a kid who lost his father due to a car accident. ?????? pic.twitter.com/Fdn0C0OM0r