Arkansas State Trooper 1st Class Moomey was among those dispatched to a call of a possibly drunk driver speeding and driving the wrong way on the busy interstate, Interstate 40, in Arkansas, USA. Other state troopers already tried to block the driver, 24-year-old Matthew C. Choate, and make him stop but they failed.

Seeing that the speeding vehicle could easily hit any of the cars that were on their right way along the interstate, Moomey reportedly decided to hit Choate’s vehicle head on to stop from him causing trouble to the other cars.

With the speed the cars were going, the impact was so strong that it crumped both cars like tin cans. Choate died. While Moomey survived, he had to spend a few days in ICU and underwent various surgeries and medical procedures to fix the multiple broken bones he got from the accident.

Crawford County prosecutor Marc McCune revealed that the state trooper has already undergone surgery of his leg, wrist, and ankle. His condition was already stable and he is now undergoing therapy. McCune said, “It will be a long recovery. Keep the prayers coming.” 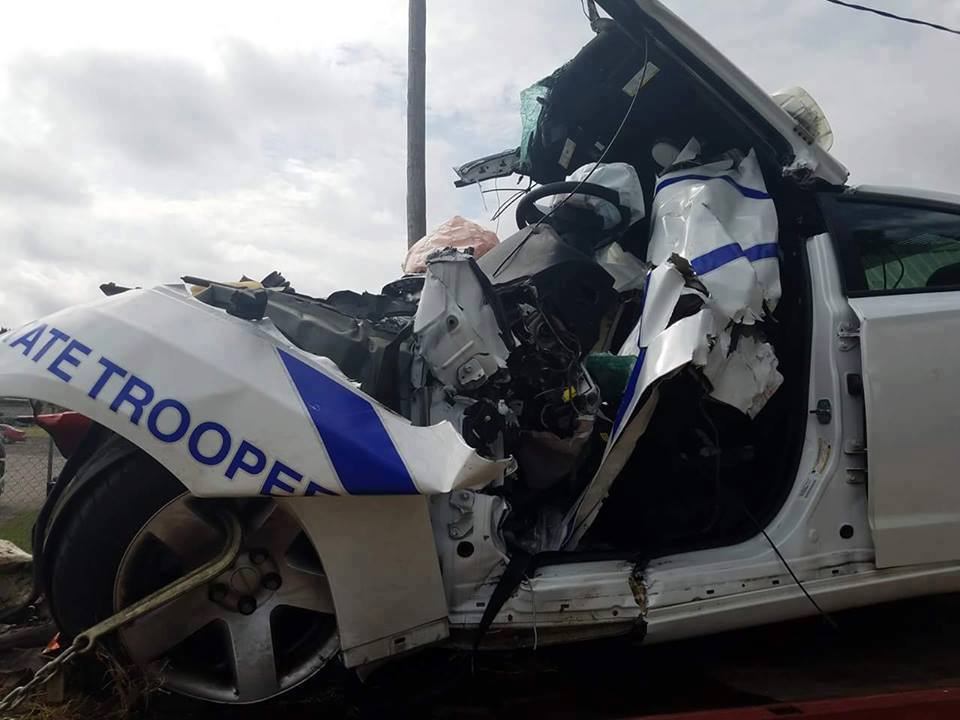 For his heroic actions which had almost cost him his life, Moomey earned praise on social media. A lot of people were amazed that he sacrificed himself so that there would be no innocent lives claimed by this drunk driver. It was a good thing he survived it.

While there were also many who criticized his approach, saying that the move had been too risky and had ended up killing the Choate. These people believed that Choate did not deserve to die like that and Moomey could have used another approach, especially because there was a possibility that Choate was “not a drunk driver but just someone stupid enough to drive the wrong way”.

Despite the few naysayers and skeptics, many still took the side of the state trooper – after all, he did not have much time to make a decision and innocent lives could be hit by this speeding driver. He simply chose something that would stop the speeding car, even if it meant sacrificing himself!

What is an interstate?

The interstate highway system is a “network of controlled-access highways that forms a part of the National Highway System of the United States”, according to Wikipedia.