Bautista finished his secondary degree at Cebu City National Science High School (CCNSHS) and was awarded several scholarships so he could complete his college degree at Cebu Institute of Technology University (CIT-U). 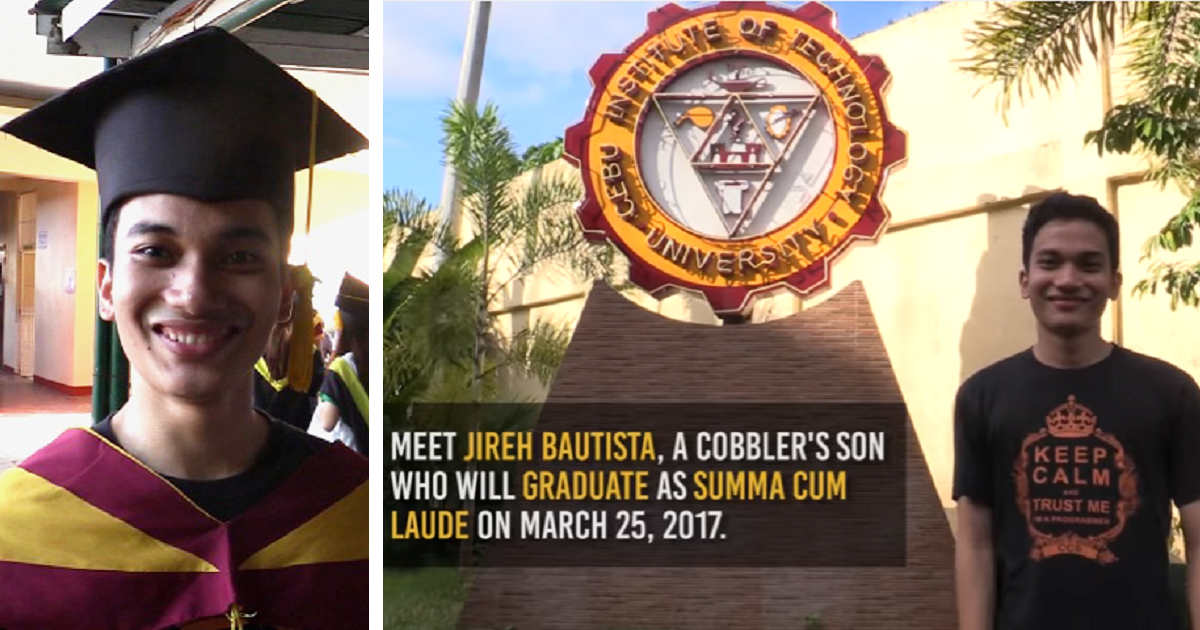 Bautista is the fourth child of shoe repairman Pantaleon Bautista and his homemaker wife Belinda. Earning only about Php8,000 a month, the elder Bautista had to budget his money to pay for the rent (Php5,000) and utilities (Php2,000) while also ensuring there is food on the table.

It was a good thing all the Bautista children were intelligent and had received various scholarships from their respective schools.

Now that he has successfully completed his college degree with the highest honor possible, Bautista is set to receive a well-maintained second hand car from one of his sponsors, CCNSHS Batch 1977!

Bautista was also the recipient of scholarships from the Department of Science and Technology (DOST), Real Life Foundation of Victory Christian Fellowship, and Cebu City Government as well as being an academic scholar of CIT-U.

Ecstatic that his youngest child is graduating from college, the elder Bautista thanks the Lord as well as his son’s sponsors for the blessings the family received.