We all know that street sweepers are poor, with many not even paid the minimum wage but are earning just a small fraction of what is due to minimum wage earners. Still, this did not stop many of them from sending their children to school and encouraging the kids to live their dreams so they can have a better future.

After graduating from high school, Raymark also helped his mother work as street sweeper because he had no idea if he could still continue studying in college.

Because his parents were beneficiaries of the government 4Ps program (Pantawid Pamilyang Pilipino Program), a cash transfer program designed for the poorest of the poor, Raymark was among those who were eligible for the Expanded Student’s Grant-in-Aid Program for Poverty Alleviation or ESGP-PA. 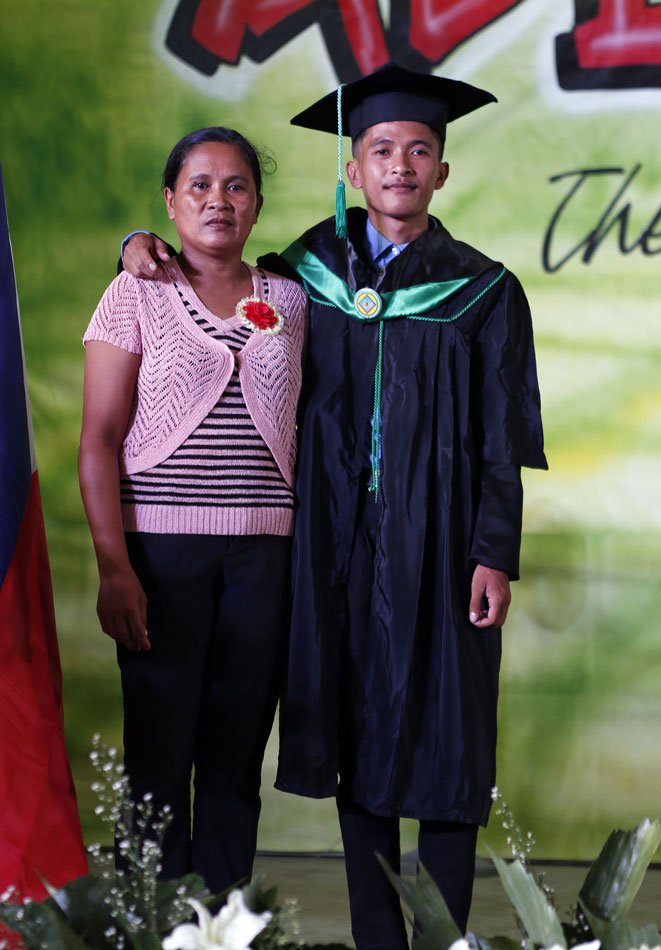 Thanks to this scholarship program, Raymark was able to earn his college degree. He was among the 34,000 students who were recipients of the ESGP-PA wherein beneficiaries were provided a maximum of Php60,000 per school year to cover school-related expenses such as tuition fees, clothing/uniform, food and lodging, books, and other incidentals.

In a speech during the graduation rites, Raymark honored his parents.

“To my Mama and Papa, I love you. I’m here right now in front of you. I am grateful for all of your support and for everything that you have given me,” Raymark said.

“Finally and most importantly, I would like to state my heartfelt gratitude to God, to Allah, who ruled everything on Earth, for giving me life, strength, courage, wisdom, and everything.”