A snake ‘guards’ an ATM in India, then gets inside the machine in a scary video that has since gone viral. Netizens could not help but make jokes about the video, saying that this is by far the most effective way for a bank to guard its money. LOL.

Snake in the ATM!

First it was a monkey. Now another wild creature has taken over an ATM in another part of India. People were left scratching their heads in wonder as they watched the snake inside the glass booth, wondering how it had gotten inside in the first place. 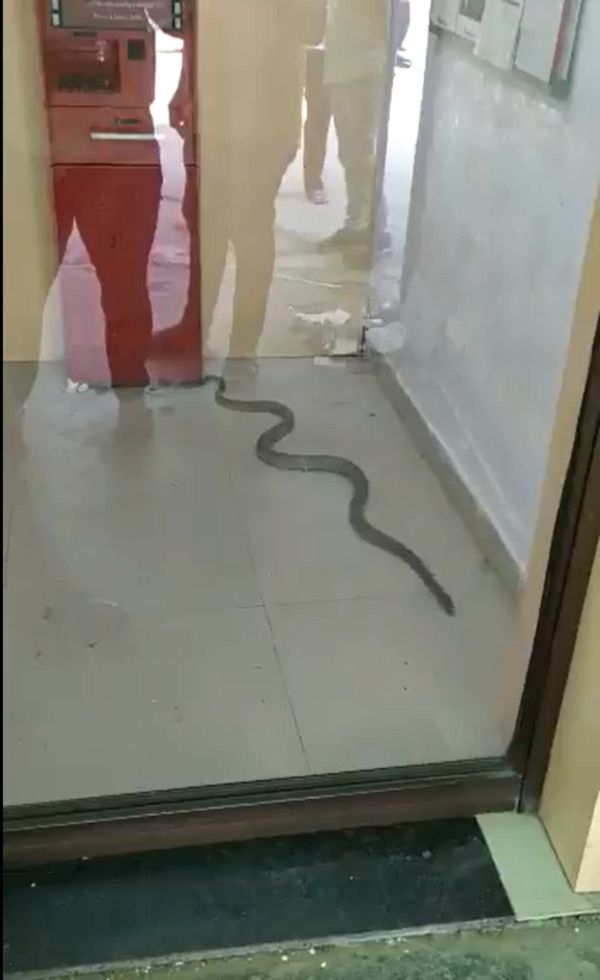 In the now viral video shared by Deepak Kumar Vasudevan (user @lavanyadeepak), several people were watching the snake inside the booth. The snake also appeared scared of the people.

It tries to escape from the glass booth, but the glass walls prevent it from getting out. It tries hard to poke its head out but could not understand why it can’t get out even if it can see outside. 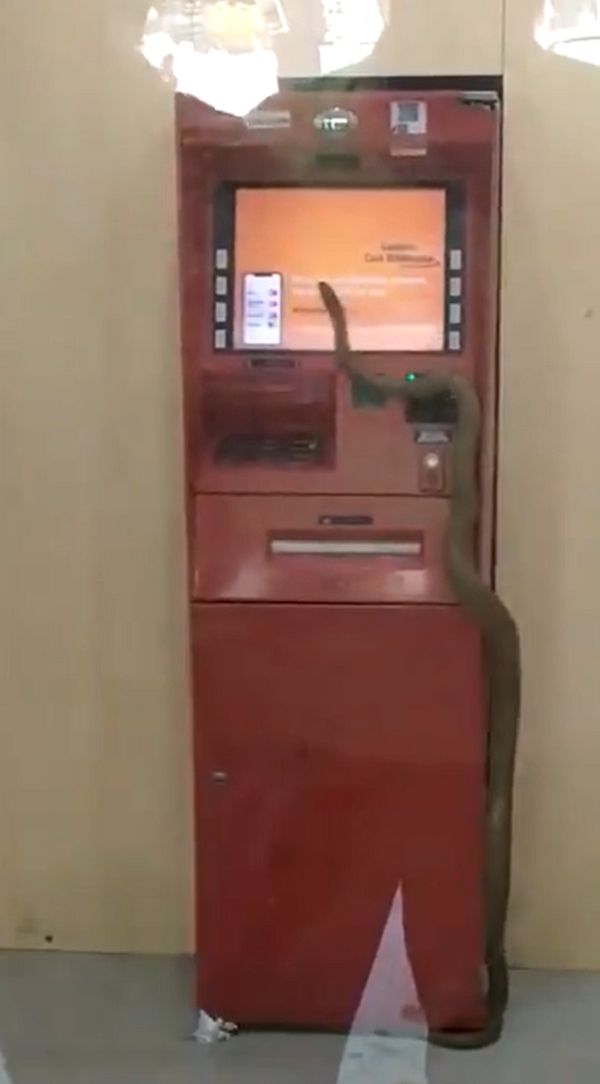 The poor creature tried its best to find a way to escape from the people, eventually finding a hole to hide it – but that only brought it to a worse position as it entered the machine!

The snake was found inside a private bank ATM in J-block market near Dehradun Public School, Govindapuram, Ghaziabad. According to eyewitnesses, the snake had somehow made its way inside the ATM booth as the people panicked and fled. 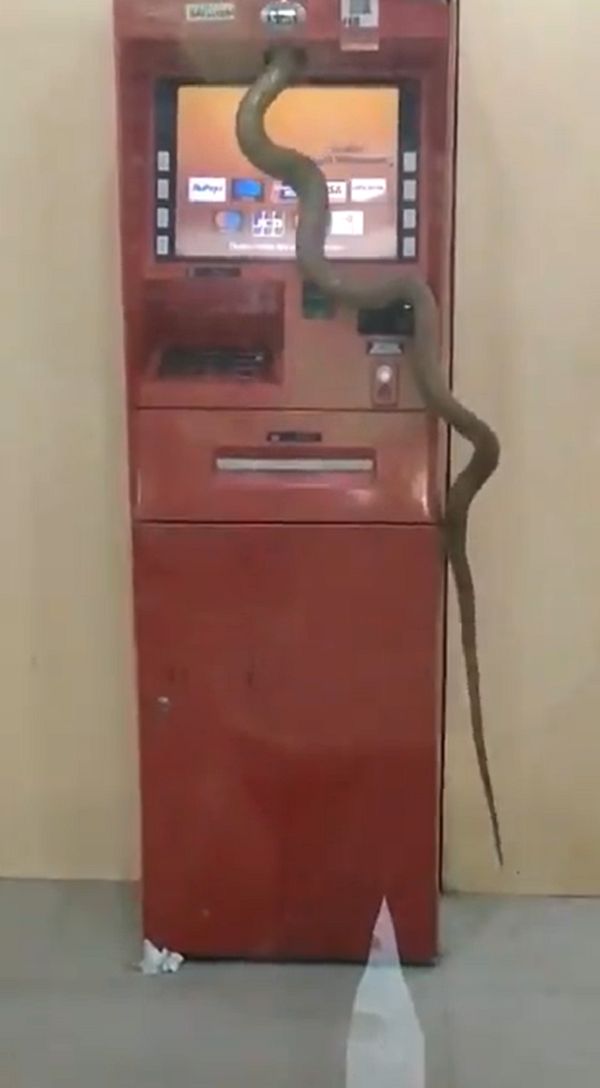 It was chaos all around, with people screaming, but a security guard eventually closed the door of the booth. While that trapped the snake in, protecting the people, it was obvious that it was a bad thing for the poor snake. Watch the video here:

#Snake in @ICICIBank #ATM@ICICIBank_Care to keep its business areas safe for people?

Snakes might look scary but not all are venomous. There are actually 3000+ species of snakes and 90% are known to be harmless to humans! But even the venomous ones aren’t always dangerous because most actually try to flee and hide instead of confront people. Most will only bite when they feel scared or cornered.