A farmer in New Zealand was checking on his neighbor’s flock of sheep that gathered near his home after floodwaters rose in the area but was surprised to find some wild rabbits hitching a ride on some of the sheep!

According to 64-year-old Ferg Horne who lives in New Zealand’s South Island, incessant rains had caused waters to rise in the area, leading the Otago Region to be placed under a state of emergency.

The following morning, Horne went to check on his neighbor’s flock of 40 sheep but was not feeling rather optimistic that he would find them alive; thus, he was certainly happy to see that the sheep had made it to safety and were still standing on the hilly parts of the land although soaked in about 3 inches of water. 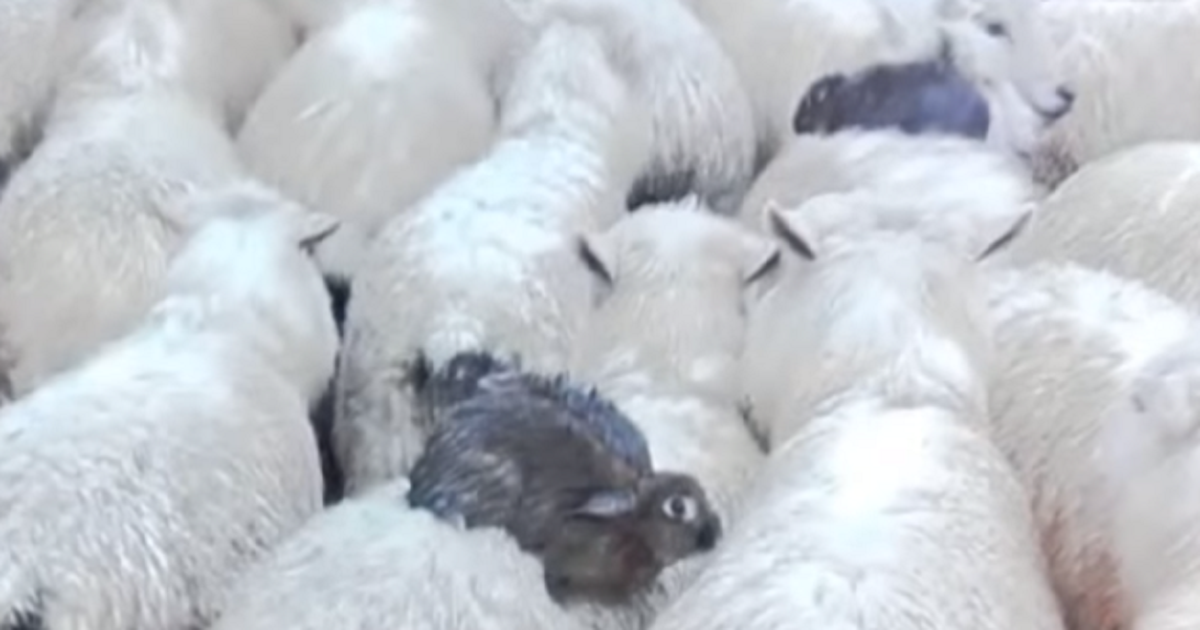 But while checking the flock, he was surprised to see some sheep with black spots on them because he could not recall that his neighbor ever had black-faced sheep. So, he went closer to check on the white sheep and discovered that the black specks were actually wild rabbits!

The rabbits were clever enough to hop on the sheep’s back so they can hitch a ride to safety as the flood waters were deeper for them than the taller sheep.

So, while wild rabbits are actually considered as pests in the region, Horne decided to let this bunch live because he felt that they deserved to live for their smart initiative.

Amazed by what he had witnessed, Horne decided to take a short video to show his son as he was truly impressed by these wild rabbits. His son uploaded the video on social media where it would soon go viral.

Check out these clever rabbits: