Even though we now live in a world of high technology, where we can easily connect with people across the globe at ‘real time’ or do a lot of things using our smartphones, there are still a lot of people who do not have access to these modern comforts due to poverty.

But instead of wallowing in sadness over their situation, one boy chose to cope with their poverty by making use of resources readily available nearby. 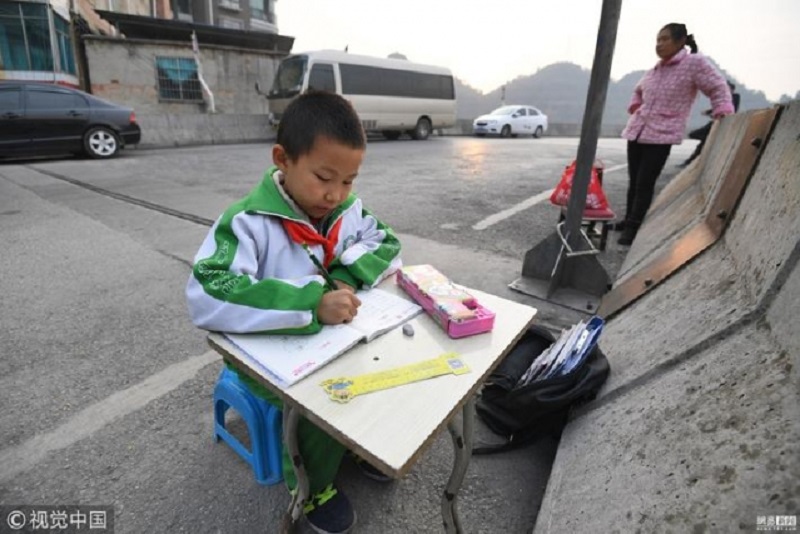 Identified as a straight A student, 8-year-old Qu Sinian makes his homework at the flyover near his home in Guizhou Province, China because their lights were dim. While the light under that street light wasn’t also very bright, Qu does not mind because it is better than the one inside their home.

Moreover, he begins working on his assignments as soon as he arrives home from school; thus, he can still manage to make use of the daylight.

The boy is accompanied by his mom, Li Gaoju; however, she has a heart problem and her husband had been disabled after meeting an accident at his work place many years ago. 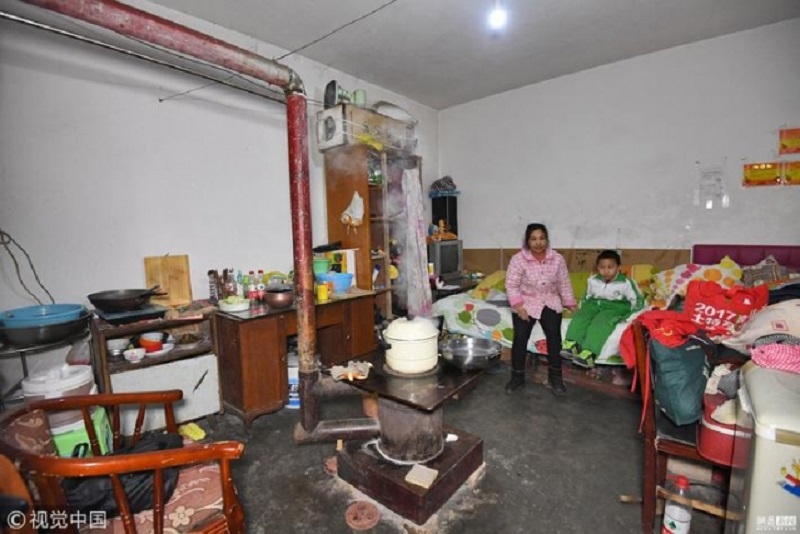 They could not find a good-paying job that’s why Qu has to study at the flyover. After years of doing this, the diligent kid has gotten used to the cars at the flyover that he does not even appear to be concerned about these vehicles zipping past his spot. 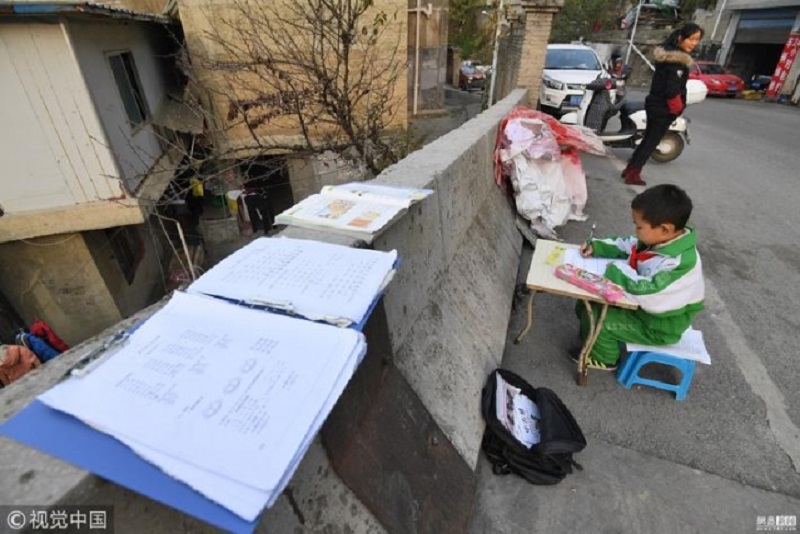 Of course, this study location was quite dangerous because he could easily get hit by a car driver by a distracted driver or someone who was new to the area and didn’t know a boy has set a table and chair on the flyover to study. Still, it was the only thing the boy could think of to solve the problem of having poor lights inside their house.

Qu wants to become a doctor to treat his parents and provide them a comfortable life in the future; thus, he is willing to sacrifice by studying at the flyover until he reaches his dreams. Good luck, kid!