This viral photo has recently sparked outrage among netizens as beach-goers are seen holding a small dolphin, allegedly passing it around for a selfie opportunity. According to a post by IFLScience, the incident happened in the resort of Santa Teresita in Buenos Aires, Argentina.

The blog said that several beach-goers removed the marine mammal from the water, petted it, and passed it around so they can take pictures with it. 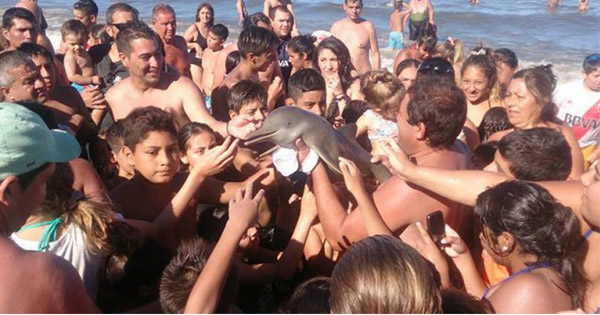 Vida Silvestre Foundation released a statement confirming the dolphin’s death saying it probably died due to dehydration. Although dolphins have thick layer of greasy skin and fat, that will only help them if they are in cold water. 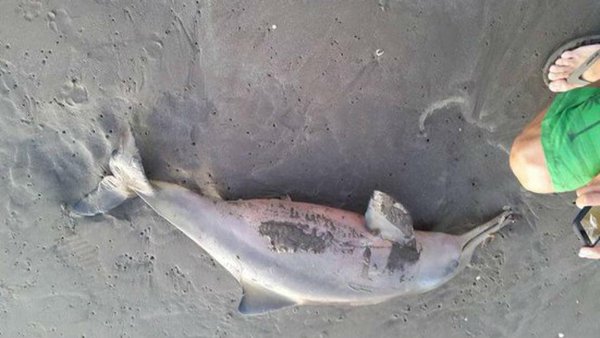 It is believed that the dolphin was a 4.9-feet long Franciscana or more commonly referred to as the La Plata dolphin, a rare type of dolphin.

The IUCN Red List of Threatened Species lists the Franciscana as “vulnerable,” according to Wikipedia. The dolphin is a “particular conservation concern because of its restricted distribution and vulnerability to incidental capture in fishing gear.”

This specie is usually found in the Atlantic waters to the east of South America. It is considered as one of the smallest dolphins in the world.

In the 1970s, huge numbers of La Plata dolphin were caught in Uruguay. In recent decades, Argentina and Brazil have likewise caught significant number of these dolphins in their respective countries. Experts from all the three countries are expressing their concern about this issue and have repeatedly asked for international assistance in handling the situation.

Currently, the Franciscana is listed on the Convention of the Conservation of Migratory Species of Wild Animals (CMS) and is “categorized as being in danger of extinction throughout all or a significant proportion of its range.”

In 2011, a La Plata dolphin was rescued in Montevideo, Uruguay.