“The government has failed to protect the welfare of its people… I said that I don’t have the ambition to be a president pero kung ing-ana ilang padagan puro daug-daug, binuang na na (if the way they run government is to oppress the people, that’s crazy),” Davao City Mayor Rodrigo Duterte declared, once again giving hope to his supporters that he just might run as President of the Philippines come the May 2016 elections.

He said that this unsolved issue is now making him think of running for president. Remember, however, that “I’m thinking about running” and “I will be running” are two very different statements…

Duterte’s Reluctance to Run as President

Netizens, including his daughter Sara Duterte, have been calling on the outspoken mayor to run for president to bring reforms in the government but the deadline for the filing of the Certificate of Candidacy (COC) passed with no submission from Duterte.

The previous day, his lawyer filed his COC for reelection as Mayor of Davao City. This dismayed a lot of people who had hoped he would bring his iron fist to the capital so change will happen in the country. 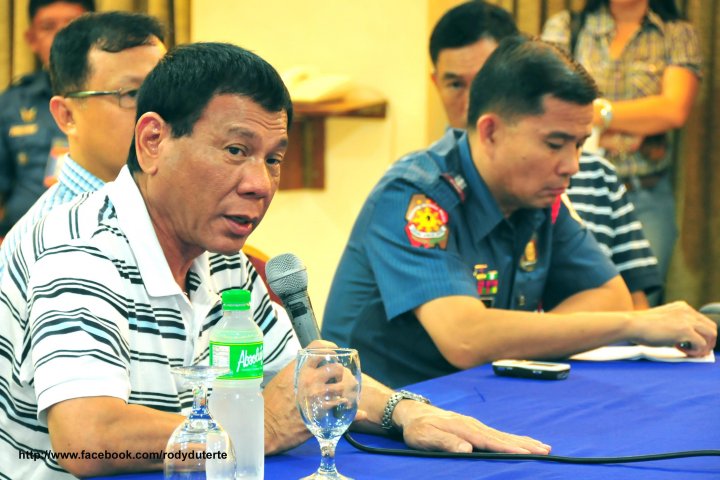 Many have not given up on Duterte, however, hoping someone would withdraw their presidential bid to pave way for him. After all, this is allowed until the final deadline on December 10. Netizens rejoiced when PDP-Laban’s Martin Diño offered his slot to Duterte yet the latter declined.

Duterte and the Tanim Bala Issue

When the tanim bala modus at the NAIA gained widespread attention, Duterte urged President Benigno Aquino III to take drastic action to swiftly solve the issue by firing the NAIA general manager as well as all officials and personnel involved in ground operations, including security personnel, porters, and drivers. His rationale behind this mass termination is that he feels there must be a conspiracy inside the airport

Duterte even gave the president just 5 days to do it, adding, “Mr. President, you have to cross the red light, you should do something drastic, your lip service is not enough.”

After reports came out that an engineer was arrested at the airport in Davao because he was carrying a bullet which he vehemently denied, the government’s action was commendable. Plenty of policemen were deployed to the airport, additional CCTV units were installed, and members of the media were invited to film the area to ensure that not one of the airport staff could insert bullets into the passengers’ bags.

These police officers were also handing out flyers to passengers to warn them about the tanim bala scheme. Not only that, they also advice the passengers to always be vigilant with their luggage and not to let anyone touch these, including airport representatives.

Could Duterte be the answer to the tanim bala problem at the NAIA? Better yet, is he finally going to run as president in the 2016 elections? His answer to that second question is mysterious and hope-inspiring: “Look, December 10 is the deadline, why don’t you just wait for it.”