A long time ago, in a galaxy far, far away, a group of dancers proudly wearing Stormtrooper costumes joined the UK hit TV show Britain’s Got Talent – and they walked away victorious from the said talent search.

According to Stuff’s blog, the group is actually called Boogie Storm and their lively performance easily managed to wow both the audiences and judges of the show.

Of course, the group didn’t make the best of impressions at the start as they did not answer a single question from the judges. Not one of them bothered to remove his (or her?) white helmet and talk with the panel. They simply stood there. It was all part of the act, for sure, but it effectively portrayed a serious image for the team. 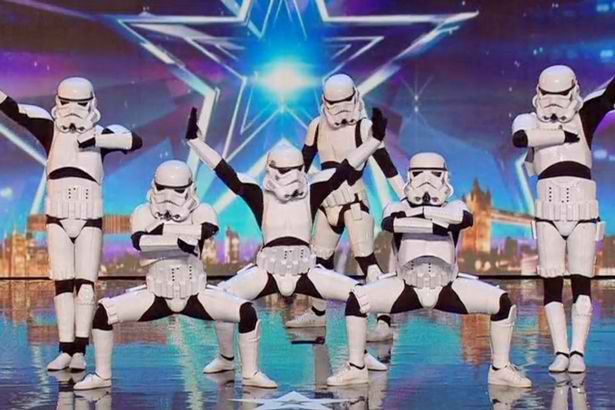 It wasn’t until the music started playing that the crowd realized they were in for a huge surprise.

The dancing Stormtroopers then danced to a string of pop hits which included Beyonce’s “Single Ladies” and Psy’s “Oppa Gangnam Style,” among many others. The choreography was perfect plus the stunts were amazing – and they were all effortlessly doing it while wearing the iconic black-and-white costumes from the Star Wars series of films.

Needless to say, it was an entertaining performance that no one has ever seen before. 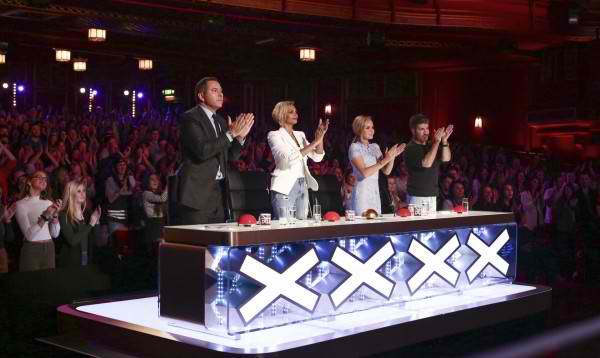 At the end of their jaw-dropping number, everyone applauded in approval and Simon Cowell, known for usually being brutally frank to contestants, was obviously impressed. In fact, he stood up and pressed the much-coveted golden buzzer, sending the dance group straight to the finals.

David Walliams took it to Twitter to make fun of Simon (who considered the performance a “dream come true” for him) as he tweeted:

“No surprise who the Stormtroopers will appeal to the most. Darth Cowell.”

Go share this fun performance with your social media buddies!