Many of us take a lot of things for granted, like having our own vehicles to get to work or even just having enough money in our pockets to reach our daily destinations yet there are those who are too poor that they can’t afford the things that we have, even the simple ones.

There’s this kid who owns a bike but it was so old that the handlebars were nearly non-existent, the seat was so broken he could hardly sit on it, and the bike was so dilapidated that it was a rolling disaster that could easily endanger his life. 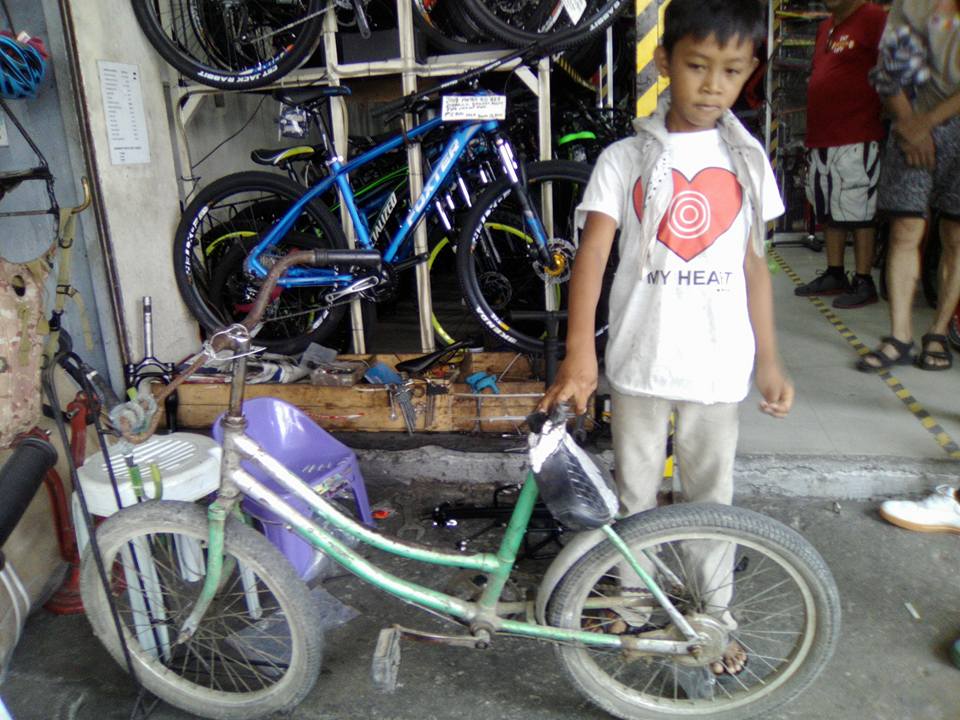 But the boy had no choice because money isn’t exactly easy to find.

One day, when the bike broke down, he went from shop to shop to ask for help but he was turned away; after all, it was obvious that he doesn’t have money to pay for the repair and the stuff he would need to get the bike running again. 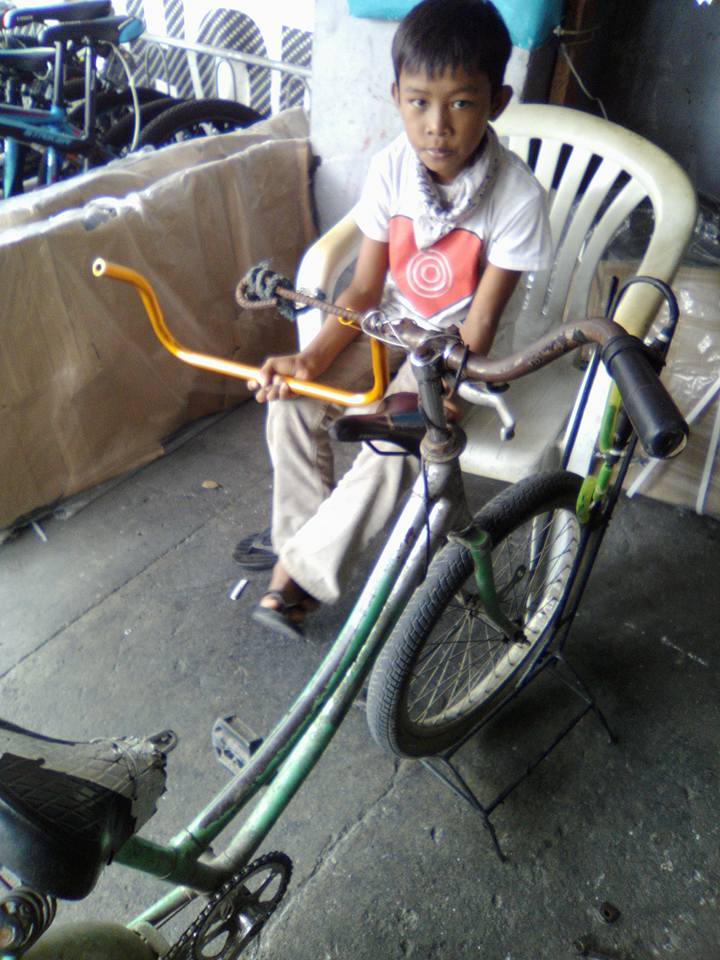 But he refused to give up – and found good fortune at the shop where Romeo Sacrez works. After learning about the kid’s problem and hearing that he comes from a far place, Romeo and his friend did not just help the boy fix the bearings on the bike but also gave the kid a seat.

After fixing the seat, though, they had trouble finding something to replace his broken handlebars because the bike was too old that they no longer carry similar parts.

Romeo’s boss saw the kid and his old bike. Without second thought, the boss told Romeo to give the kid a new one. At first they thought he was joking but the boss was serious. 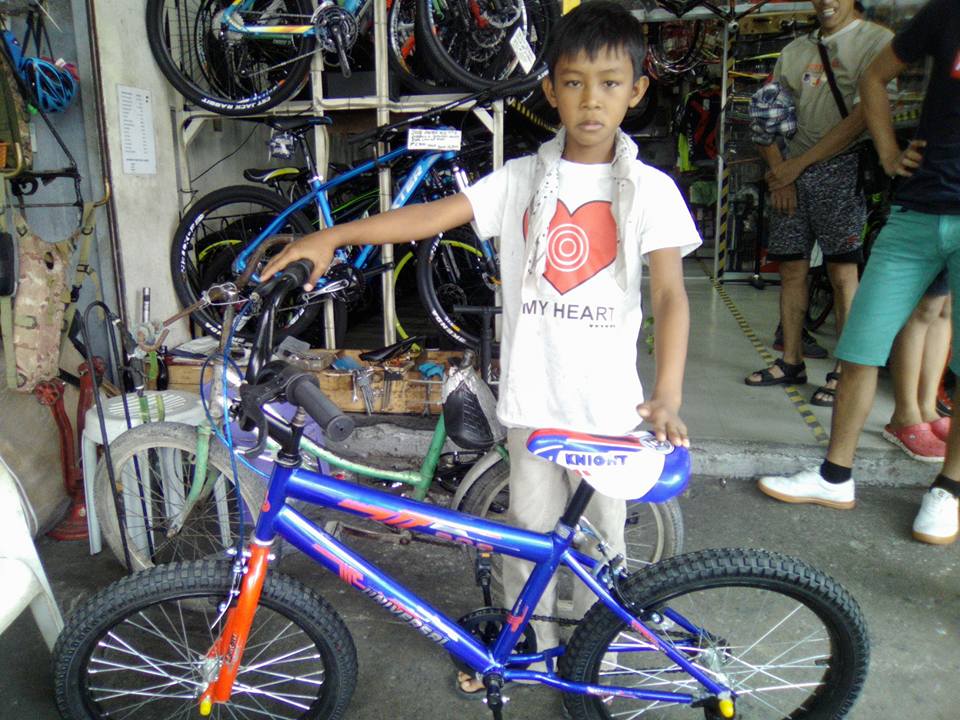 They quickly assembled a new bike for the kid, much to the boy’s surprise and delight! Isn’t that wonderful? Thanks to this kind boss as well as to Romeo and his friend, this boy now has a new bike to use for school. God bless you, guys!