Home
News
News & Culture
Selfless Doctor Saves Patient’s Life, Even as His Own Dad was Dying

A doctor has gained praise on social media after he sacrificed being with his dying father so he could save a patient’s life.

The doctor was identified as 55-year-old Zhang Xinzhi from Anhui, China.

While Dr. Zhang’s dad was lying on his death bed, he was called at the hospital he’s working at to perform a much-needed surgery. He could have chosen to delay the surgery a bit so as to spend more time with his dying dad but the dedicated doctor chose to save his patient’s life, instead.

Before heading out, Zhang talked to his father about needing to get back to his job so as to save his patient’s life. Knowing that his son works in a noble profession, the proud dad understood the situation. The dying old man smiled at his son, nodding as his doctor son walked out of the room. 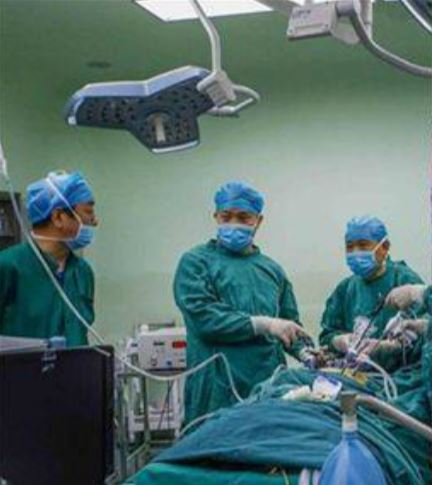 Zhang rushed to the hospital but while preparing for the surgery, he received a call that his father had died. He regretted not waiting a little bit as he could have been there as his dad took his last breath but Zhang also knew he had a sworn duty to save his patient.

He kept quiet about his dad’s passing, working earnestly for the next 2 hours to save his patient. His phone rang many times throughout the surgery but he chose to ignore the calls, focusing on saving his patient’s life.

He held back his tears. It was only after the surgery was completed and he knew the patient was safe that Zhang broke down. 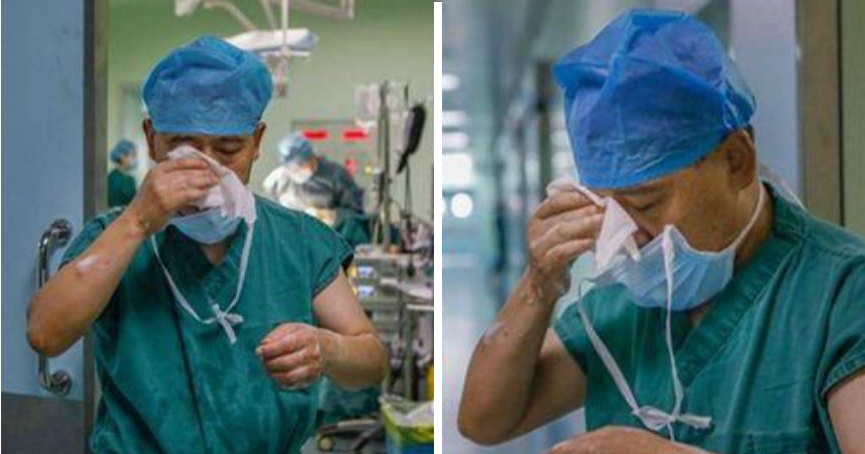 His colleagues were shocked to see him crying and were quite surprised to learn he knew about his dad’s death even before the surgery began. For this, he gained their admiration.

This doctor’s sacrifice would soon go viral on social media, with netizens saying they were amazed that he remained strong considering the difficult circumstances he was facing.