MANILA, Philippines- The hostage-taking carried out by convict Felipe Pugoy and other prisoners who attempted to flee Davao Penal Colony in 1989 has regained new interest after Davao City Mayor and PDP-Laban standard bearer Rodrigo “Rody” Duterte made a rape remark on Jacqueline Hamill, the Australian missionary who died during the incident.

In the comic book, Pugoy is shown holding a knife to Duterte’s throat as the latter submitted himself as hostage in exchange for the lives of other hostages. 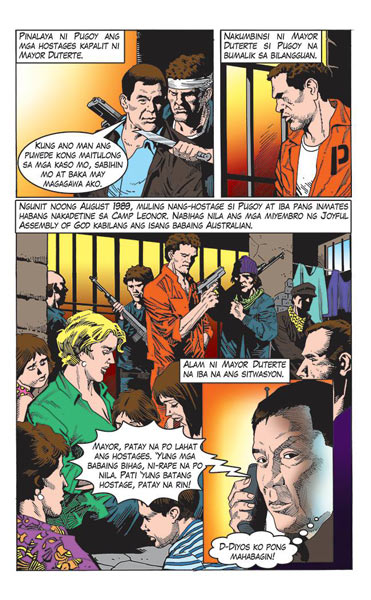 (Whatever I can do to help you in your case, let me know because I might be able to do something about it.)

In the next panel, it was shown that the tough-talking mayor convinced the criminal to return to prison.

However, in August 1989, Pugoy and his group hostaged members of Joyful Assembly of God. During the said-hostage taking, Hamill was gang-raped and killed. 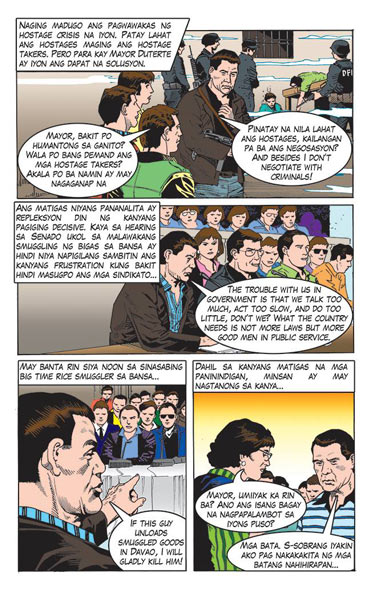 (They took the lives of all hostages. Do we still need a negotiate?

While several netizens condemned Duterte making fun of the rape of Hamill, many of his supporters defended the presidential aspirant stressing that he has done more to prevent cases of rape compared to other presidential candidates.

Duterte later apologized for offending Filipinos with his statement. But he also stressed out that he said it in utter anger and was not joking.