Scuba diving allows people to explore the unparalleled beauty of underwater world. It’s probably one of the best adventures one could take as it lets divers explore marine life beneath the waves.

Take for instance Gary Grayson’s unique encounter with an Atlantic grey seal off the  Isles of Scilly. The thrill-seeking scuba diver from Salford, UK was scuba diving when the animal began frolicking with him. 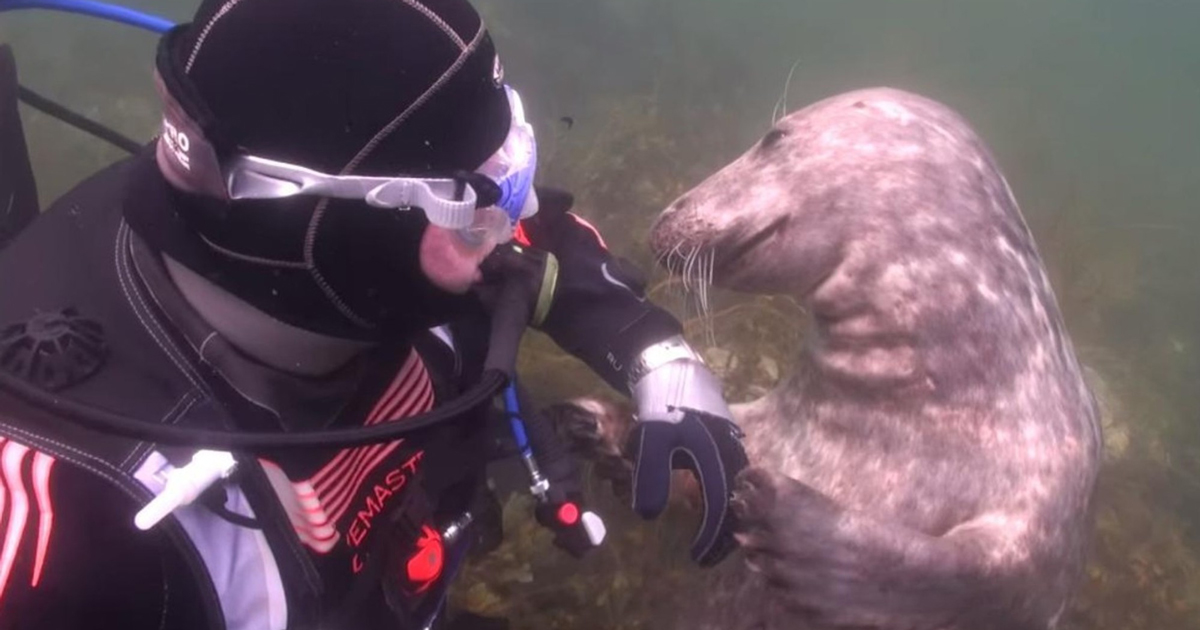 The playful seal used its flipper to shake Grayson’s hand. It then turned over to expose its belly waiting to be tickled.

And who could ever say no to that adorable sea creature?

Grayson caressed the seal along its jowls giving it what seems to be the most satisfying belly rub in the world.

“This grey seal came across and had five minutes with me, kind of thing. Then another was climbing up my leg. I’m an experienced diver but I have never known anything like that,” Grayson told Manchester Evening News.

Although the video was captured three years ago, it only became a viral hit recently.

Watch the adorable moment below.

What is Scuba diving?

According to Diver’s Academy International, scuba diving is a mode of underwater diving involving a scuba (self-contained underwater breathing apparatus).

Scuba divers use a cylinder of compressed gas to breathe allowing them to stay underwater for hours or even days. Other equipment used in scuba diving include scuba masks, fins, breathing regulators, gauges, as well as buoyancy devices.

Anyone aged from 8 years and over are allowed to scuba dive. However, you must be free of serious medical problems and must be be able to swim or tread water. Scuba diving is even  accessible to people with physical disabilities.