According to a recent study conducted by Israel’s Technion University claims that keeping your mobile phone too close to you, such as your pants’ pocket, can actually decrease your sperm count.

The researchers came up with this conclusion after analyzing data from 100 men who attended fertility clinic for a year. The study revealed that about 47% of the men who carried their mobile devices in their pockets had lesser sperm counts compared with 11% in the general population. 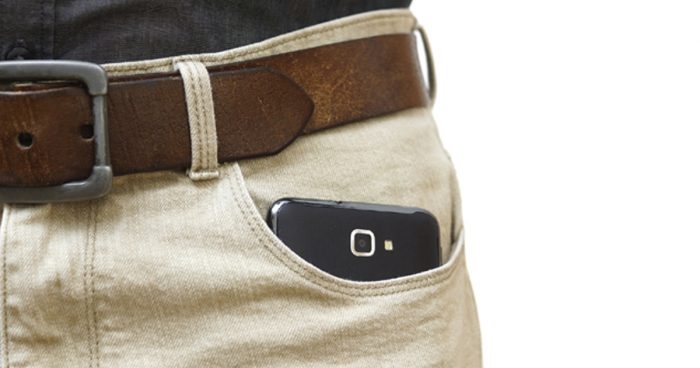 Even scarier, the study also shows that even men who kept their phones near their pillow or on a bedside table also had their sperms “cooked,” resulting to lower sperm counts. The same can also be said about men who used their devices while charging it.

In an interview with The Telegraph, researcher Martha Dirnfield said:

“We analyzed the amount of active swimming sperm and the quality and found that it had been reduced. We think this is being caused by a heating of the sperm from the phone and by electromagnetic activity.”

This study, of course, isn’t the first one to declare the link between male infertility and mobile phone use.

In 2014, Fiona Mathews of England’s University of Exeter also studied the subject matter and said that continued exposure to low-level electronic radiation emissions from mobile devices can lead to lowered sperm motility of 8% and lowered sperm viability of 9%.

Gedis Grudzinskas, fertility consultant of St George’s Hospital London, commented “Men need to think about their well being and try to stop being addicted to their phones. If you wear a suit to work put the mobile in your chest pocket instead of close to your testes. It will reduce the risk of your sperm count dropping or dropping so much.”