At about noontime on Monday, November 27, he was at his post at the gate of St. Theresa’s College in Cebu City when a teacher excitedly told 39-year-old security guard Erwin Valmoria Macua that he had passed the board exams.

Just like many of the exam takers, he had been anxiously waiting for the results of the licensure exams. At first, he thought the teacher was just joking and he had to ask her several times before he finally believed that he had actually passed the exams and is now a licensed teacher. 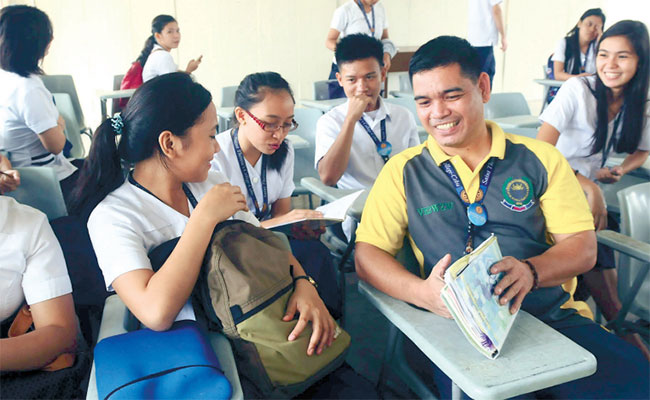 (I asked the teacher if she was sure I passed. I’m very happy right now. I hoped I would be one of the topnotchers but even if I didn’t make it in the top 10, passing the exam was already an achievement. I even stopped worrying about the heat.)

Macua had earned praise from netizens when he first became viral because a lot of people could not help but admire his perseverance as he juggled his job with his studies and also raising his family.

The security guard admitted that although he did hope to be among the topnotchers of the exams, he also felt anxious that he might not pass at all because the exams had been quite difficult. He’s thankful now that he was among the passers. He revealed he will celebrate the milestone with a special meal his wife prepared.