All of us have experienced having a really bad day that you just want to crawl under the bed and forget about everything, even for just a day. And it would surely be fantastic if there’s someone to snuggle up with you in bed, telling you that everything will be alright.

A fourth grader was having a really rough day and just didn’t want to deal with anything or anyone. The young girl was identified as Kenlee. She dropped down to the floor, curling up in fetal position and refused to talk to anyone last Monday morning.

Instead of getting her into further trouble by announcing that she would be put to detention or something other consequence for refusing to listen to her teachers and going back to class, the school handled it well.

Understanding that the kid was just having a difficult reaction to a very rough day, the custodian identified as Mrs. Esther also dropped down to the floor to comfort the young girl. She didn’t try to make the girl get up and go back to the room; instead, she let the girl process her feelings and calm down as they both lay on the floor.

With an arm around the girl, Mrs. Esther offered comfort to the young girl until she eventually calmed down and go back to class. 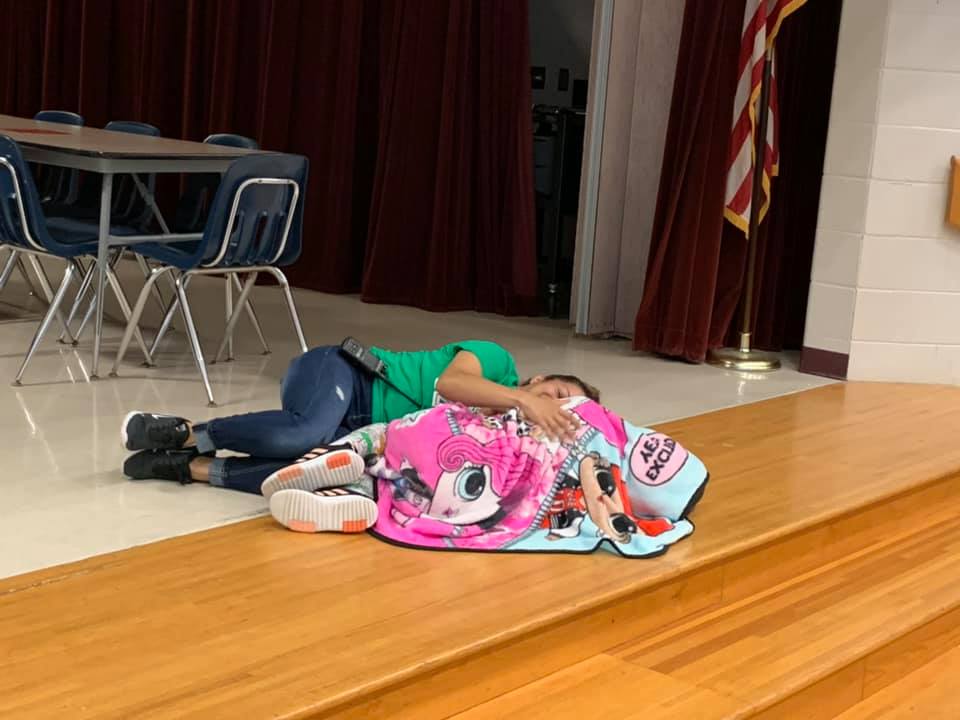 For her compassionate act, Mrs. Esther earned praise from netizens, but most especially from Kenlee’s mother and the school board.

Kenlee’s mother, Hollie Bellew-Shaw, shared the photo to praise the custodian for the special way she comforted the distressed young girl.

“Sometimes you just need to take a break! When Kenlee, a Passmore Elementary 4th grader, was having a rough day, Mrs. Esther, a custodian at the school, got on the floor with her and just held her. Kenlee’s mother, Hollie Bellew-Shaw, posted this picture on social media to show the compassion and love Alvin ISD employees show to their students.”

“Kenlee adores Mrs. Esther,” Bellew-Shaw shared. “She always greets my daughter with kind words and a hug which is so special to her.”

“This goes to show you that a kind word, a hug, and a little compassion are all it takes to make a huge difference in a child’s life.”

What is a Custodian?

A custodian is someone whose responsibility is to take care or watch over something. For instance, a property custodian is tasked to see over a school or company’s property. The noun is also used to describe a person employed to clean and maintain a building, such as a janitor.