A scared student posts a photo of a crowded school that quickly went viral, leading to her suspension! Her mother protested the suspension, with netizens also rallying behind her. Many slammed the school officials for trying to hide the reality of what’s happening in their halls amid the COVID-19 pandemic.

As the COVID-19 continues to wreak havoc across the world, claiming over 700k lives, a lot of changes and new rules have been implemented by various governments scrambling to keep their citizens safe. A lot of offices and establishments had to be closed down.

Schools have also been closed, with face-to-face class activities and large social gatherings canceled in many places. Yet there are also areas that continue to defy the order or have officials who don’t think that the pandemic is a real threat.

North Paulding High School (NPHS) in Dallas, Georgia, is among the schools that opened despite the still on-going pandemic. While many parents were too scared to send their kids to school, others agreed that life must go on that the students could go back to school. They believe that the school officials would surely find a way to keep the students safe.

But 10th grader Hannah Watters, 15, was among those who felt scared after going to school, only to find herself in a crowded corridor with many students not even wearing face masks or practicing social distancing! 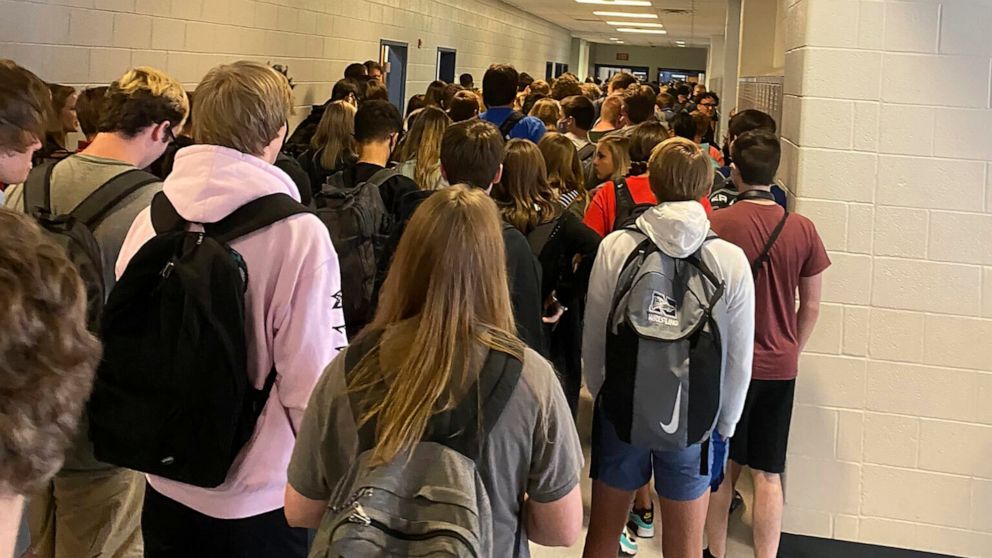 “Going in [to school] I was nervous, but trusting that Paulding would keep us safe. But it was worse than I thought it was going to be. I didn’t feel safe, especially coming home to family after going to school,” she told ABC News.

The frustrated student shared a photo of the school – and it would quickly go viral. The photo angered many parents who trusted the school to protect their children! But the school also got angry that Hannah took the photo and put the school in a bad light on social media.

The young girl was suspended in less than 24 hours after the photo went viral. An announcement was also reportedly made over the PA system, warning students of “consequences” should they post or “distribute photos or videos that negatively impact the school’s reputation”, reports ABC News.

Hannah’s mom, Lynne Watters, wrote a letter to the principal to object the punishment – and netizens rallied behind the teen! Responding to pressure, the school has since lifted the suspension. Paulding County Superintendent Dr. Brian Otott also claimed that the photo was “taken out of context”.

“Under the COVID-19 protocols we have adopted, class changes that look like this may happen, especially at a high school with more than 2,000 students,” stated a letter sent to NPHS parents. The superintendent also added, “There’s no practical way to enforce a mandate to wear [masks].”

Millions of schools across the world had to close down amid the COVID-19 pandemic. Health guidelines mandate that schools should only be reopened when it is safe for students. It is important for schools to follow protocols and be consistent with each country’s overall COVID-19 health response to protect students, teachers, staff, and their families.

Modifications to be implemented could include: