Some scammers appear to be using the name of a retired colonel of the Armed Forces of the Philippines (AFP), collecting as high as Php3,000 to Php5,000 per ticket to supposed charity events and various military functions.

According to people who commented on unrelated posts on the AFP’s Facebook page even back in 2012, the scammers posed as a certain Col. Simplicio F. Duque and told them to buy tickets for various functions.

Amazingly, while the scammers were quite busy in 2012 based on the comments of the many people they tried to victimize, a reader recently informed RachFeed that he had just received a call from a Col. Duque, telling him to buy tickets to an AFP function. 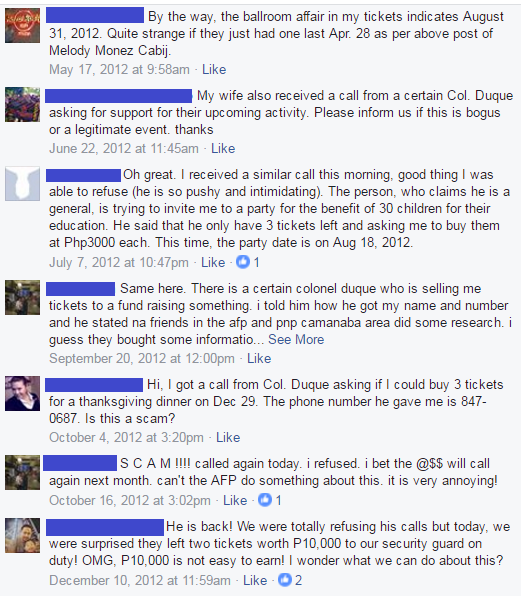 It’s 2016 already but it seems that the scammers must have duped some unsuspecting people because they are still operating to this day.

Perhaps, some people felt afraid of the ‘Colonel’ and, thus, gave the money; thus, the modus operandi continues because it works. The scammers are also using the name of the Armed Forces of the Philippines Retired Veterans Association (AFPREVA) Inc. to sell their tickets, claiming that these are for certain functions.

And it seems that the AFP had gotten wind of the scam back in 2012, as the Facebook admin made this comment: 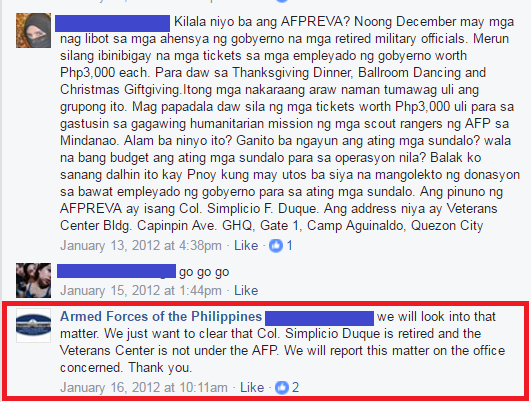 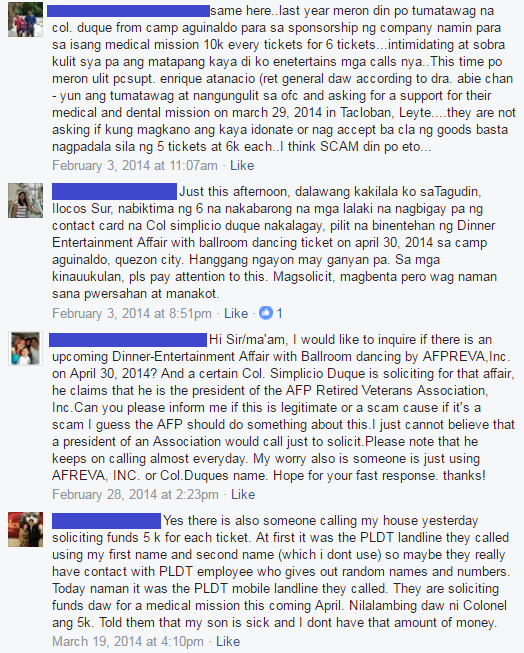 Last year, a netizen posted another comment on one of the threads, revealing the same modus operandi; but he also posted details of the bank account numbers the caller told him to deposit the money to. 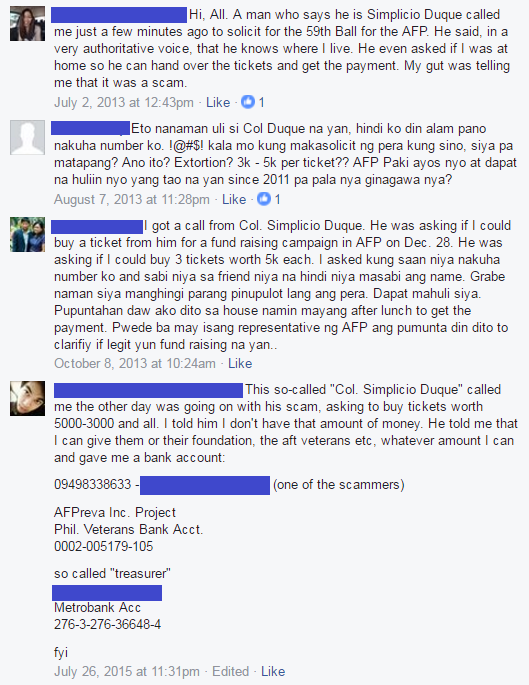 While one of the accounts seems to be a personal bank account on Metrobank of the foundation’s ‘treasurer’, the other account was actually that of an organization, the AFPreva Inc. Project, with Phil. Veterans Bank!

A scam is dishonest scheme aimed to collect money or some sort of favor from the intended victim.