President Rodrigo Duterte’s eldest daughter Sara “Inday Sara” Duterte-Carpio has recently conquered the fashion scene, thanks to the stunning royal blue gown she wore during her dad’s inauguration – and she has also gone viral a number of times on social media for various reasons. Just recently, she had once again gone viral after posting a photo taken in what appears to be a recording studio.

The album will, supposedly, be entitled, “Change is Forever”.

This gained mixed reactions on social media because while there were many who supported her ‘decision’ to make a solo album, there were others who vehemently told her to do her job as mayor of Davao City and ‘first lady’ of the country instead of dilly dallying inside a recording studio. 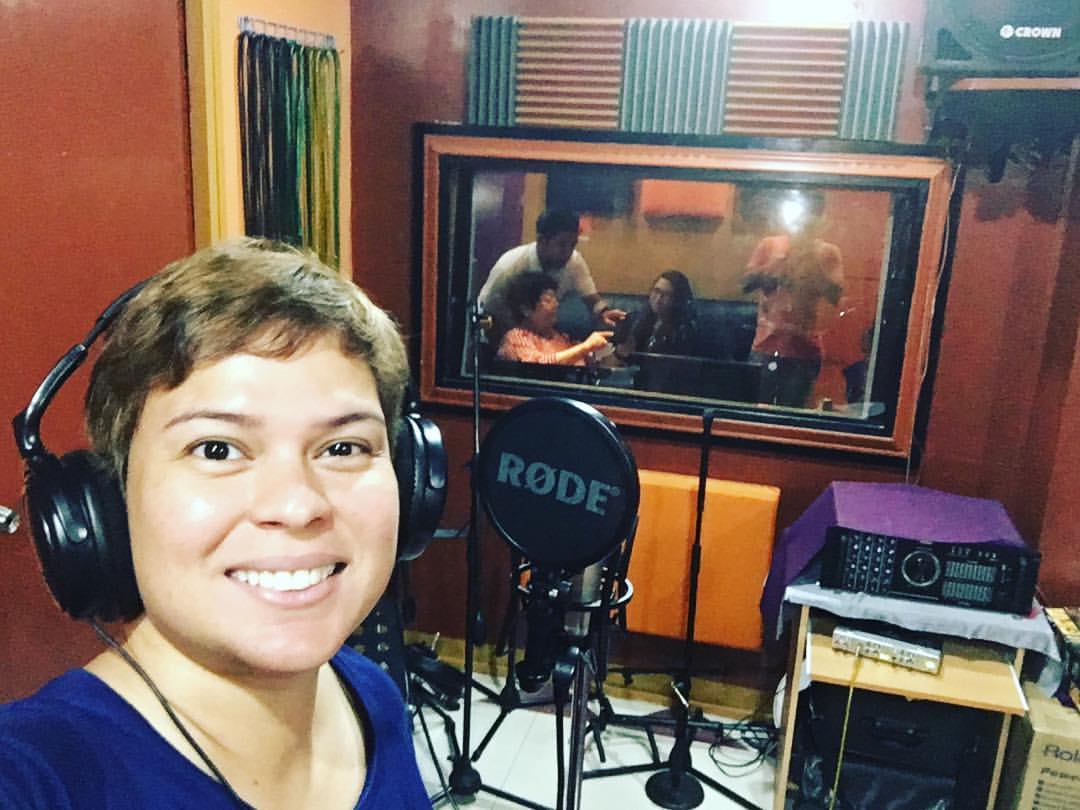 What many failed to notice was that Inday Sara was actually making a joke with her post – and that this photo was done in allusion to the infamous concert held in Bilibid prison by alleged drug trade bigwig Herbert Colangco.

She later clarified that the post was a joke – but not after many have already commented negatively, expressing their disappointment.

One social media user was particularly angry. A certain Jason Gomez wrote, “WTF! Magtrabaho po kayo mayor, 600T ang bumoto po sa inyo. Instead na magtrabaho kayo eh nung day 1 pa lang ay leave na agad. (Mayor, you should do your job because 600 thousand people voted for you. Instead of doing your job, you filed a leave of absence on day one.) We cannot entrust the affairs of the city to your incompetent brother. Ang daming problema ang ating city na kelangan solusyonan agad, pls lang po trabaho na! (The city has a lot of problems that need to be solved fast; please do your job.)”

But the feisty mayor was not pleased with this comment. She wrote back, “WTF mo rin ka. Matuto ka umintindi ng joke sa post at social media. Kaya nga ako nag leave kasi ayaw ko gawin personal ko na trabaho sa mga oras na bayad ng gobyerno!!! ikaw ang incompetent na commenter, buhay mo nasa facebook lang! magtrabaho ka na rin! (WTF to you, too. You should know how to determine jokes on social media. The reason why I filed a leave was because I didn’t want to work on personal matters during work hours that I am paid by the government. You are an incompetent commenter whose life revolves on Facebook! You should also get back to work!”

Uh-oh! Someone got burned…