In her interview with Radyo Inquirer 990Am on Friday, Cam said Dayan collected approximately P5 million a week from drug lords and high profile inmates like Jaybee Sebastian and Peter Co, who are gang leaders of the so-called “Bilibid 19” in the national penitentiary. 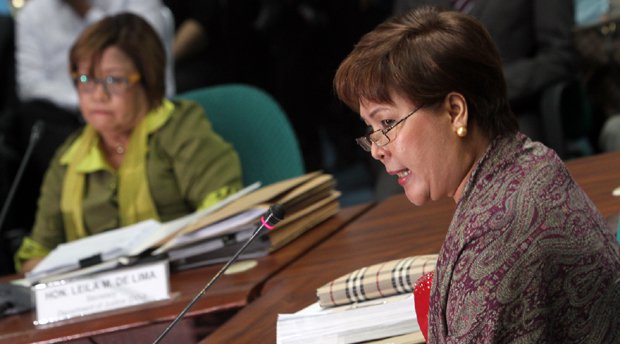 Cam said inmates at Bilibid 19 except Jaybee Sebastian were transferred to the National Bureau of Investigation (NBI).

She also added that De Lima was giving the drug money she collects to someone Cam refused to name since she didn’t want to preempt Duterte. According to Cam, the Preisdent will give details about it.

(You’re the secretary of Justice. Don’t tell me that you’re not aware of the importation and exportation of contrabands inside BuCor because you have a bagman collecting. There’s protection for you.)

Back in 2014, Cam opposed De Lima’s appointment as secretary of the Department of Justice due to her “illicit affair with her married driver”.

President Rodrigo Duterte on Wednesday, August 17, accused his staunchest critic, De Lima of having a relationship with her married driver and being involved in the illegal drug trade.

De Lima Reportedly Had an Illicit Affair with Cesar Mancao

Cam also accused De Lima of having an illicit affair with Cesar Mancao, a former Police Superintendent linked to the 2000 Dacer-Corbito murders. Mancao implicated Senator Panfilo Lacson and former President Joseph Estrada in the murders but later on absolved them.