Marvel fans are going gaga over the newly released Samsung Galaxy S6 Edge Iron Man Edition whose awesome features are sure to excite anyone who could get their hands on this limited edition smartphone.

The phone itself is packed with all the awesome specs the Galaxy S6 Edge has to offer but its features scream “Iron Man!” – from its sleek, red casing down to its Iron Man mask logo at the back panel and homepage screen. Not just that, this awesome gadget also comes with a custom keypad and various graphics that make use of the Iron Man theme.

Need we also mention that its wireless charging pad is quite similar to the arc reactor used by Tony Stark to prevent himself from dying and to charge the Iron Man suit? Yes! This phone is awesome! 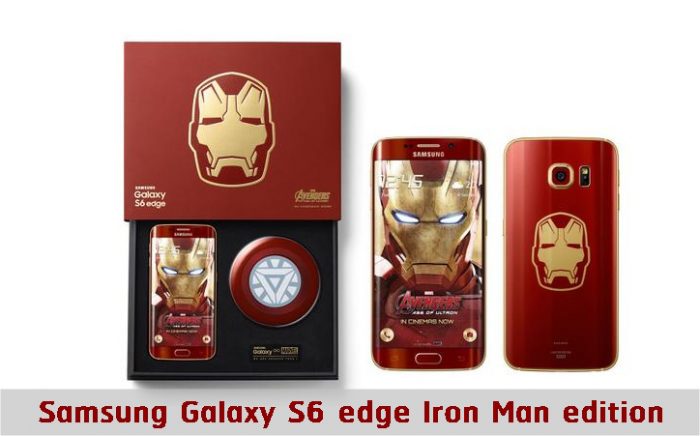 I’m quite sure anyone who gets their hands on this phone would surely want to flaunt it. After all, this limited edition phone will be first released in Korea this May 27 while the next date of release is still to be determined but it would be sometime in June for China and Hong Kong. As for the rest of the world, we could only hope they would not run out of stock yet.

I could just imagine the very long lines at the stores selling this cool smartphone.

Curious about how this phone looks in reality? Check out this unboxing video shared by Samsung Mobile on YouTube:

One of Samsung’s latest models, the Galaxy S6 Edge is set apart from the others by its sleek, sloping edge. Whereas most phones have a vertical edge that runs perpendicular to the phone’s body to create a slim, rectangular box, the Galaxy S6 Edge’s sides are sloping for seamless use.

It is one of Samsung’s best phones, providing high-end features such as a quad HD display, Corning Gorilla Glass 4 back panel, 16-MP primary camera, various sensors (for a barometer, compass, heart rate monitor, and accelerometer), and many other cool features.