In the latest installment of the blockbuster series, Fast & Furious, Special Action Forces assassin Ian Shaw (Jason Statham) hunts down Dominic Toretto (Vin Diesel) and his friends over what they did to his brother, Owen Shaw (Luke Evans) in the previous film [Fast & Furious 6].

Ian Shaw could never forgive the crew for what they did to Owen. So, he plans to exact his revenge on all of them. This results in thrilling action sequences that would surely have you sitting on the edge of your seats!

Just imagine seeing cars falling from the sky while sporting large parachutes. If that’s not awesome enough for you, how about a car “flying” from one building to another? Ah! This movie is certainly something that would keep the fans delighted.

The film will be released this coming April 3, 2015, but if the 3-minute trailer speaks for the entire movie, then we can surely say this is going to be another superb installment.

Movie fans are especially waiting for Fast & Furious 7 after Paul Walker’s death. The actor plays Brian O’Conner in the movie. Fans would want to see their idol alive again, even if it is only on the big screen. Also, they wish to see just how the filmmakers will give Paul the send-off he surely deserves.

Perhaps he’ll have to be killed off at some point in the movie for surely he could not anymore play the character in the next installments, unless the film will heavily rely on computer effects and CGI. 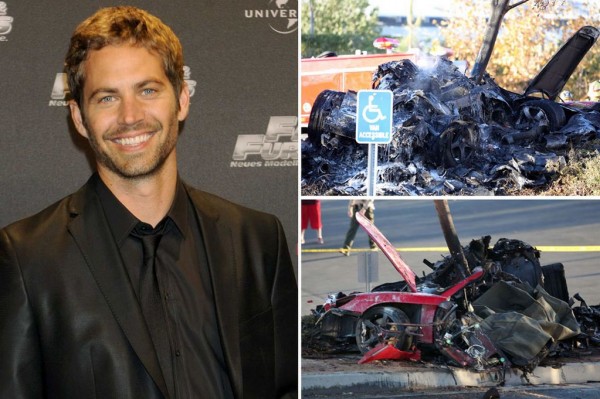 Seeing Paul in the newly released trailer will certainly refresh our memories of that sad day when he and a friend died in a high-speed car crash similar to the ones he could often be seen zooming through in the Fast & Furious movies. It was like living his character from the movies but in a very sad, painful ending.

We’re hoping the filmmakers won’t be dragging that real-life storyline into the movie as that would be tantamount to sacrilege against Paul’s memory. Still, if they do “kill” Paul’s character in a similar way, then it would be a fitting ending, indeed, to his character.