Home
Lifestyle
A Russian Woman in the 1700s had 69 Children

While children are certainly a wonderful blessing, raising several kids at once is not just costly, it is also difficult and you can expect the house to be a mess, unless you also have maids to help with cleaning round-the-clock.

But according to the official website of the Guinness World Records, a peasant woman in Russia from the 1700s officially holds the record for being the most prolific mother: with a whopping total of 69 children!

According to Guinness, “The greatest officially recorded number of children born to one mother is 69, to the wife of Feodor Vassilyev (b. 1707–c.1782), a peasant from Shuya, Russia. In 27 confinements she gave birth to 16 pairs of twins, seven sets of triplets and four sets of quadruplets.”

The woman’s wasn’t recorded but she was identified as the first wife of Feodor Vassilyev. The births were recorded and reported to Moscow by the Monastery of Nikolsk. 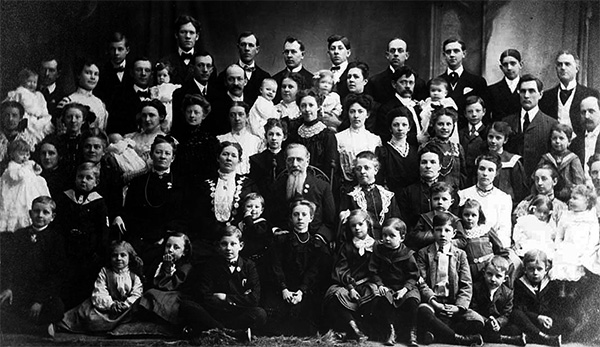 Amazingly, only two of her 69 children didn’t survive infancy, despite the fact that she had several multiple births – all born in an era when even singleton births were considered very risky!

But Guinness World Records has no reason to doubt the monks’ records.

According to the same article, Feodor and his first wife would later split up and he would take a second wife, with whom he had 18 more children! The second wife had six sets of twins and two sets of triplets.

All in all, Feodor had a total of 87 children with his two wives! You can only imagine the noise and mess his households had been as the kids were growing up.

A lot of historians and scientists doubt that the story was true, however, especially because childbirth had been quite risky, especially multiple births, but Guinness points out that not only do the monks have a record of each birth, it is also not impossible for a woman to have 27 pregnancies throughout her fertile years – especially if she became a mom at an early age!