It was just her seventh shift but rookie 911 operator Katie Farber has already helped save a lot of lives – and even helped deliver one baby!

According to Sunny Skyz, the 25-year-old 911 operator received the call from a man who needed assistance because his wife was already in labor at their home. While Farber quickly dispatched an ambulance to assist the family, she stayed on the line to make sure pregnant mom was alright.

Farber guided the distraught man through the labor, telling him to keep reassuring his wife, to keep calm, and to have his wife push hard when he told her the baby’s head was already crowning. 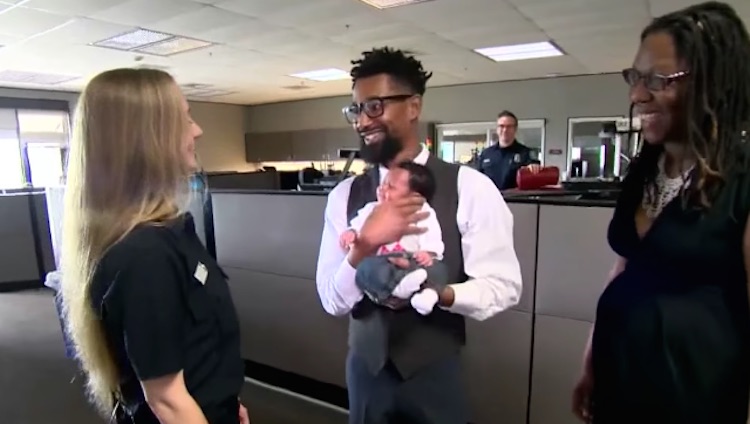 I could not imagine how difficult it had been for the untrained man to deliver the baby by himself but thanks to Farber’s guidance, he was able to calmly go through the process and safely deliver the child! Whew!

The ambulance would arrive a good two minutes after the child was born! Had Farber not been there to help the dad through the delivery, we could only imagine what could have happened to the mother and the baby.

It really helped that Farber also kept her calm throughout the incident – and her nerves of steel belied the fact that she was just a rookie on the seventh day of her job. Isn’t she wonderful?

The family thinks so, too! So, three weeks after the baby was born, they visited her at the 911 headquarters to personally thank her for helping deliver their son. It was a sweet moment…

Watch this report about this beautiful story:

What is a Rookie?