Corrupt Thai police officers are reportedly selling Doraemon stickers to foreign street vendors as “insurance” and “protection” that they won’t be caught for their illegal activities.

A report by the Bangkok post revealed that vendors selling ice cream, fruits and other goods put “suai stickers” with images of the Japanese manga series character on their carts. These stickers allow them to sell their goods without fear despite being illegal workers in the country. 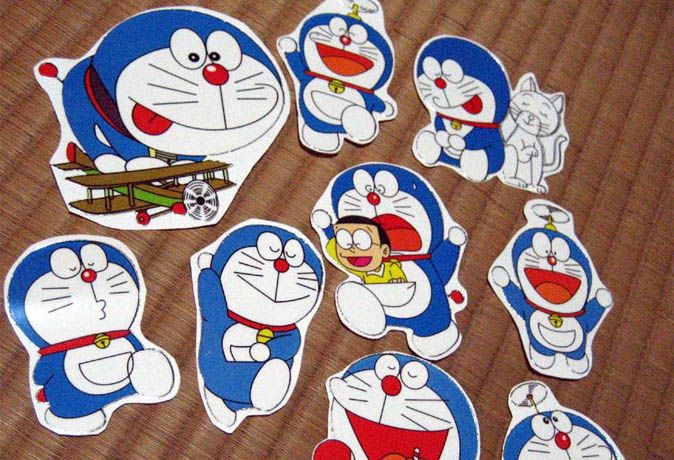 “Suai”, which means “kickbacks” in Thai, refers to money that illegal foreign vendors give to police for their protection in this particular context. Police believe that suai stickers are now being used as a new criminal tool in the country.

Based on the testimonies of vendors caught by labor officials, the stickers which were sold between THB 300 to 500 each provided them safe passage to continue with their illegal activities.

It was also revealed that vendors have to shell out and pay up to THB 1,000 to authorities every month. The sellers claimed that some even have the guts to come in their full police uniforms during collection.

Vendors are mostly from neighboring countries like Vietnam, Laos and Cambodia. Moreover, it’s hard to identify illegal traders because many of them can hide their true identities since they speak good Thai.

According to Immigration Bureau chief Nathathorn Prousoontorn, their bureau has been trying to crack down on illegal entry of foreign workers. Meanwhile, the Department of Employment is also assisting the bureau to find illegal workers who often work as food sellers in several busy streets of Bangkok such as Ratchathewi, Huai Khwang, Saphan Kwai and places near MBK shopping center.

Based on the records of the department, only about 1.5 million foreign workers are legally registered in Thailand.