Four days ago, we posted a story about the pitiful state of one former soldier who was left by his family to live on the streets while they claim his pension.

See: Retired Soldier Left Homeless With Relatives As They Claim His Pension Monthly

The story gained a lot of traction and made a lot of people angry at how this old hero was treated.

Thankfully, among those who were able to read the story, was the Philippine Air Force, who made it a point to extend the help that this old man needs.

According to PAF. The old man is a former staff sergeant named Narciso “Tatay Isok” Dela Cruz Alpas. When they heard about his story, they took action immediately with the help of Tactical Operations group in Iloilo, the local government and other agencies. 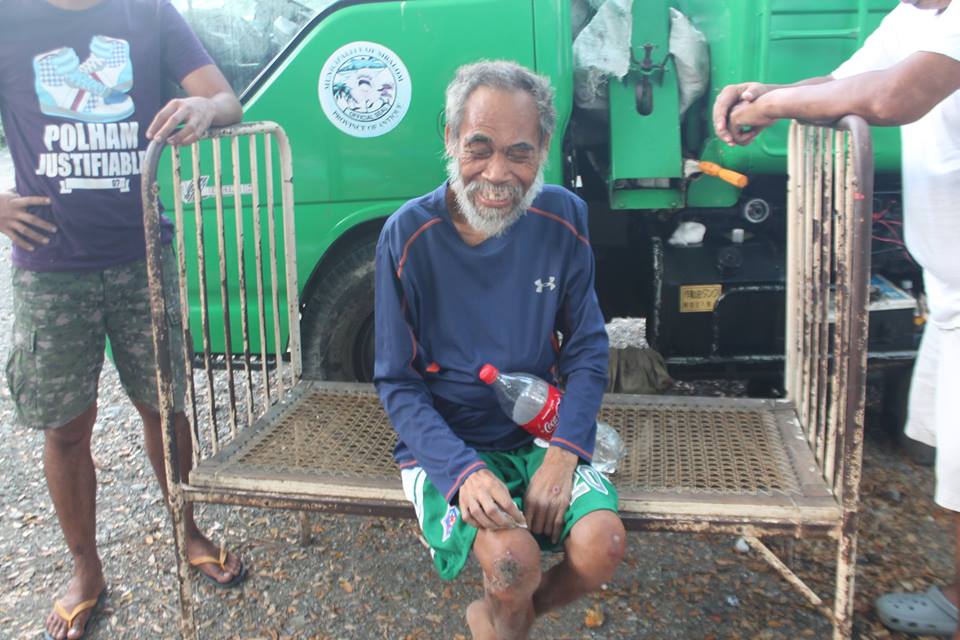 “The case of SSg Alpas (ret) is a serious matter that we in the Philippine Air Force cannot disregard. SSg Alpas had served years of dedicated service in the PAF; therefore, he should not be experiencing such unfortunate living condition.”

Last December 1, the PAF released a statement on Facebook and showed that they have rescued Tatay Isok from his situation. 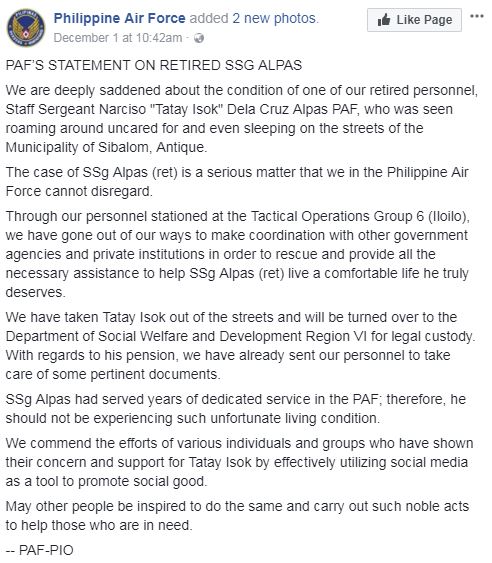 The PAF thanked all those who extended their help.

In an update this December 4, 2017, PAF shared photos of Tatay Isok being helped by those who rescued him. 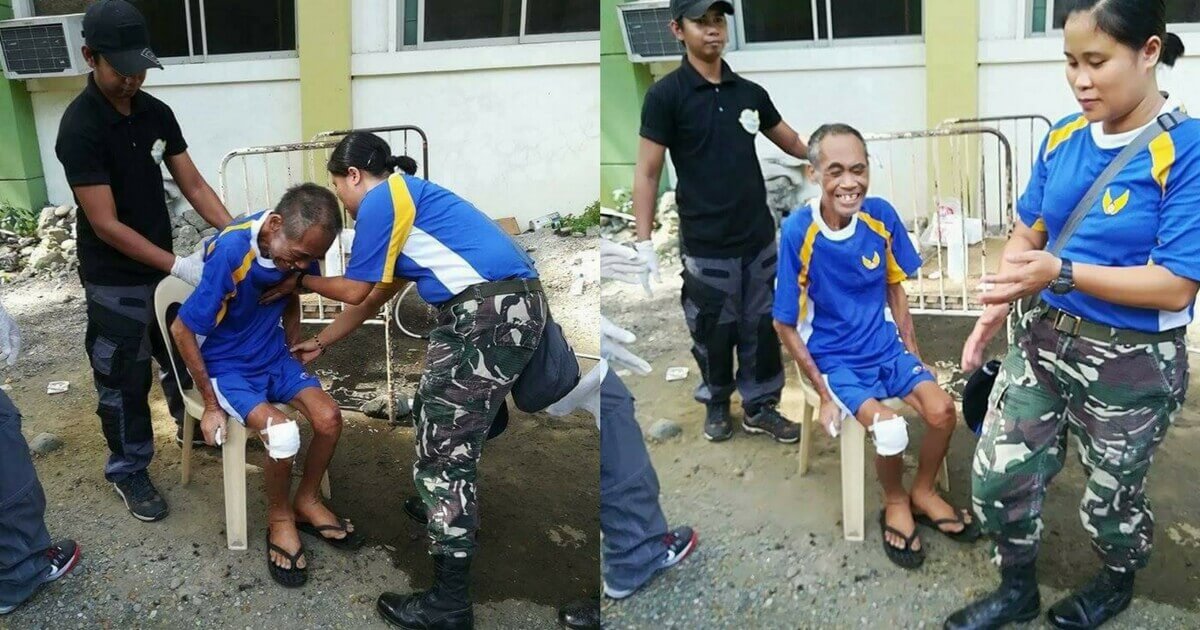 It shows photos of him smiling and being fed. His wounds were also treated and he was given a haircut. Just look at the smile on his face. 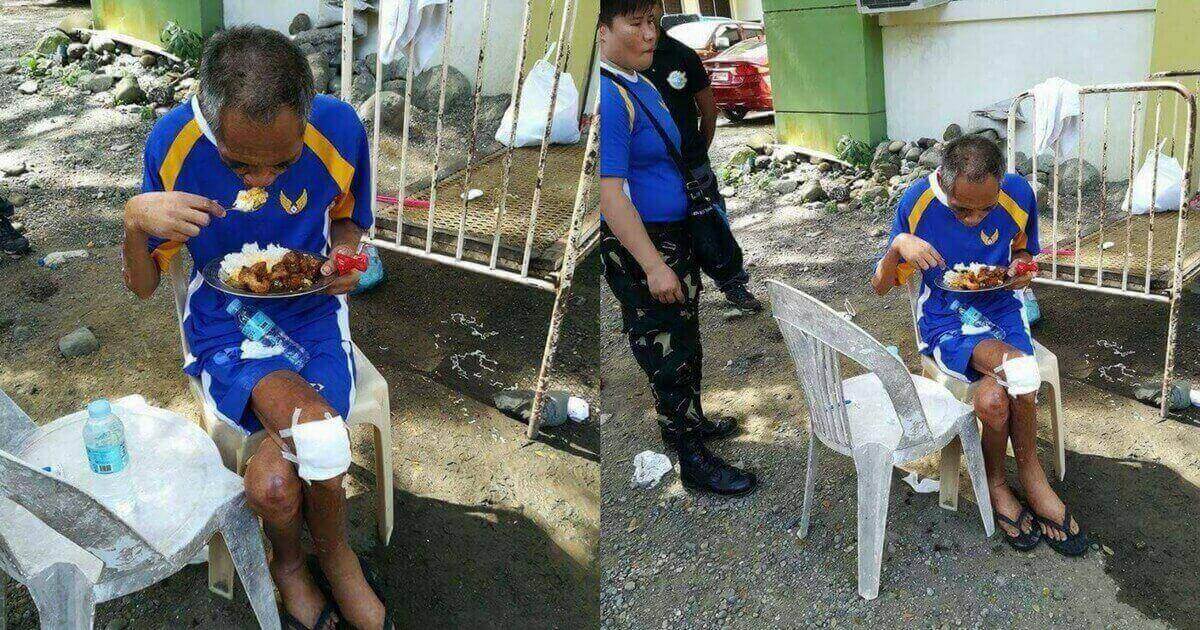 According to PAF, Alpas is scheduled to be transferred to the Department of Social Welfare and Development (DSWD) Region 6. 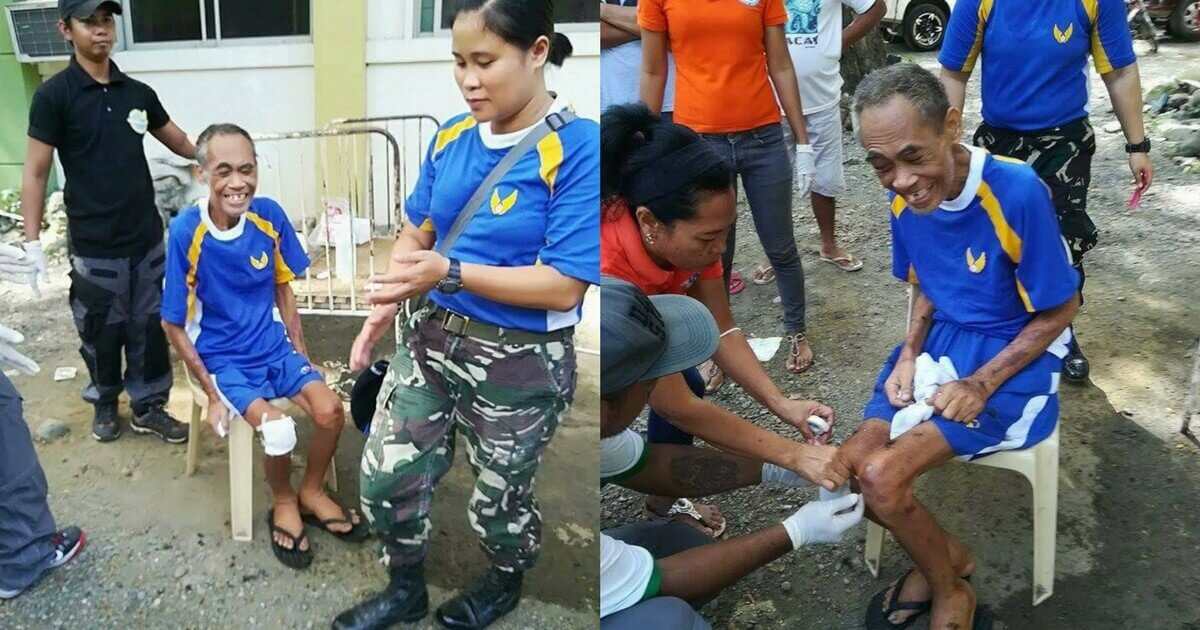 His pension, which was previously reported that was being claimed by unknown relatives are also being fixed by PAF and the authorities concerned. 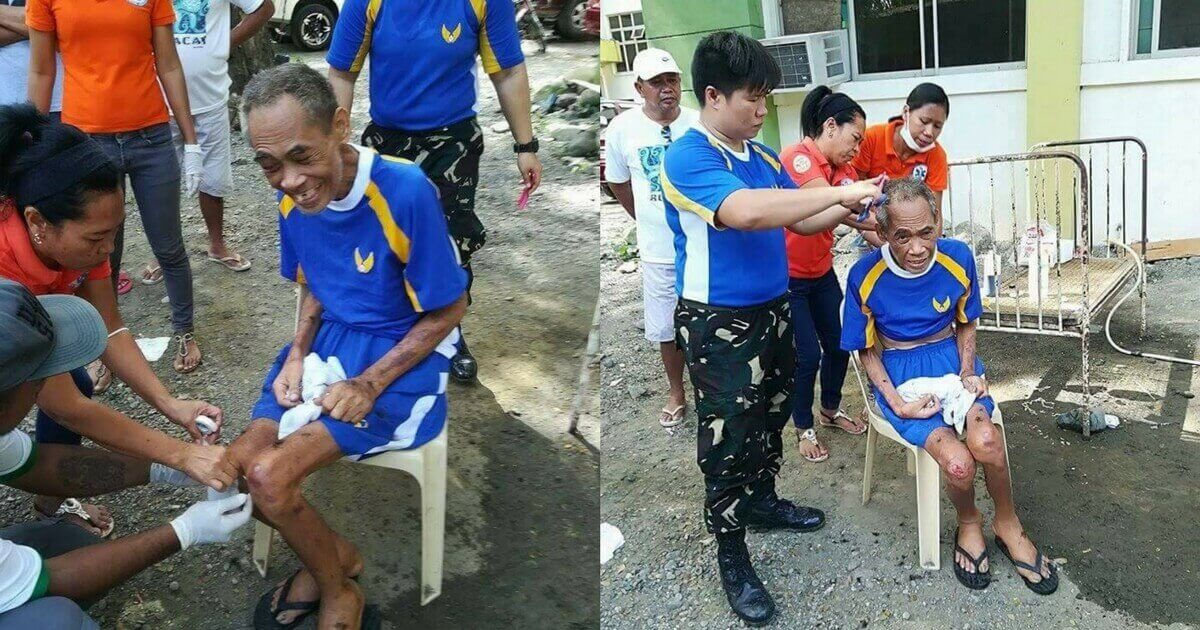 Today, we are thanking social media for being the bridge in putting a smile on people like Tatay Isok’s faces.