While coins are money and can be used to legally pay anything, a lot of business owners and cashiers are not really happy when you pay them in coins. After all, it could take a lot of time to just count the cash in coins; plus, some of them think that they are being mocked by the customers in this manner.

A restaurant in Lynchburg, Virginia drew flak online after it ridiculed a teen who paid for a meal using coins – but he had actually been treating some friends out and even gave a $10 tip! 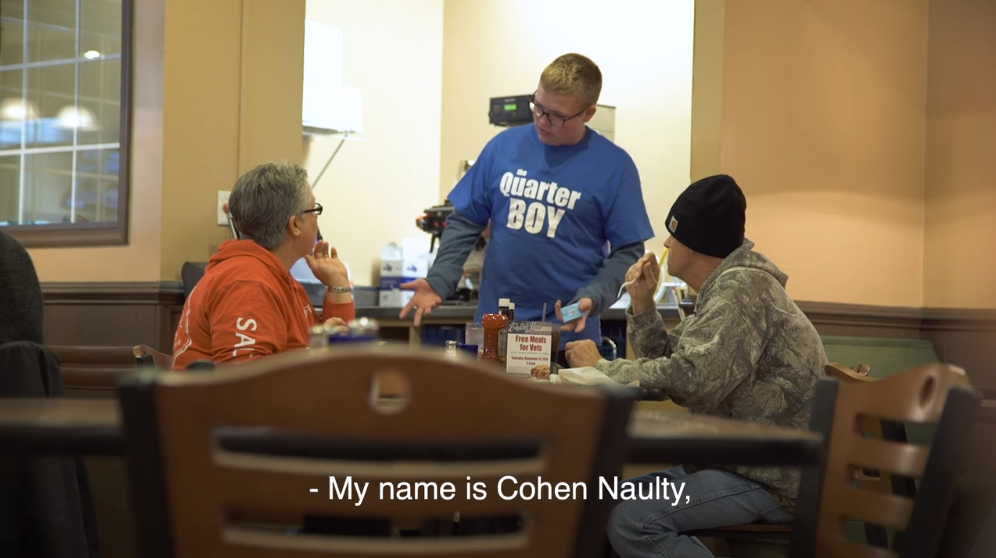 Cohen Naulty and two friends enjoyed a meal at the local restaurant. At the time, he only had a $20 paper bill and a lot of coins since he often receives those quarters as tip in his job as waiter at another restaurant.

At the end of the meal, Cohen used the $20 as payment and paid the rest in quarters. He didn’t think it was a big deal.

“I walked there with my friends and that is all I had to take with me,” said Naulty. “As a waiter I have a lot of change at the end of the day. Without a car I can’t just drive somewhere to change it all in whenever I want,” Cohen shared.

On its Facebook page, the restaurant shared a photo of the teen’s payment with this caption:

“We’ll just caption this…How NOT to pay at a restaurant, cause that’s the nicest thing we can think to say about this ridiculousness. #wearebeer88notcoinstar, #nohometraining, and #workingwiththepublic.” 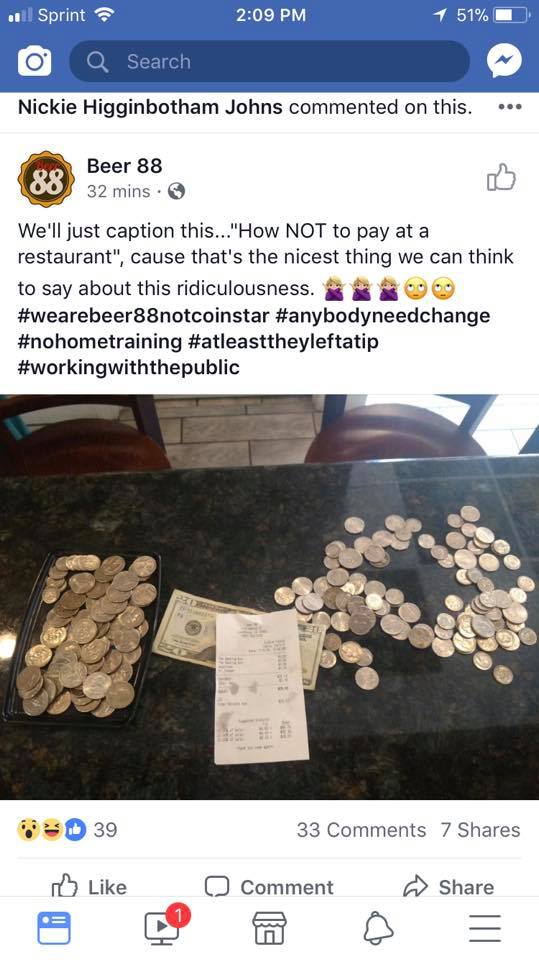 Word of the post soon got to Cohen who was surprised at how the restaurant responded to his money. Working in the restaurant industry, he does understand what the service industry has to deal with, yet he also knows that coins are legal tender!

Kim Naulty, Cohen’s mom, was also rather surprised at the restaurant’s post. She said that her son is a good kid who was simply paying the restaurant in coins because that’s all he had, not because he was trying to mock them.

The post gained much flak online, with many people calling for a boycott; however, Cohen’s response was impressive.

Instead of adding flame to the fire, he explained that he could have paid for his own meal using the $20 but because he loves for his friends’ meal, he had to use the quarters. But he won’t call for a boycott on the restaurant; instead, he wants other restaurants in the area to message him if they accept quarters as payment because he plans on treating more people to lunch but often has to pay in coins because of his job…