A couple who extended their trip in Pigeon Forge, Tennessee to escape Hurricane Irma passing through their home in Brandon, Florida had a really bad day when their car broke down as well but a kind man would rescue them and would make them smile again.

According to Deanna Feist, she and her husband were supposed to go back to Brandon but after learning Hurricane Irma would be passing through Florida and thousands of people were forced to evacuate, the two decided to extend their trip.

But while they managed to escape the storm, they were not sure whether they will still have a house when they return. Things also took a turn for worse when their car broke down while they were on the way to The Old Mill Restaurant for lunch. 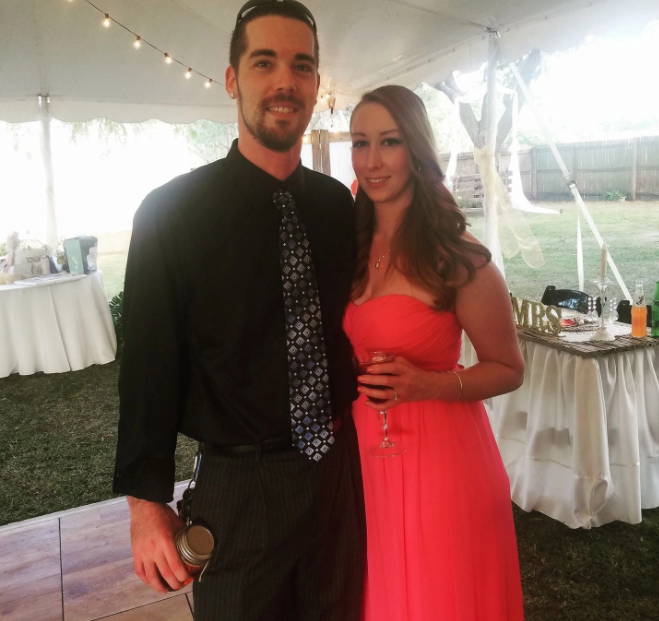 They asked the gentleman in the next car if they could get a jump. The man gladly obliged – but he wouldn’t just give them a jump, he would also provide them with free food and more surprises later!

It turned out the man was no less Mo Tamaddoni, the general manager of the very restaurant they had planned to dine in.

According to Feist, Tamaddoni got them a table so they can enjoy their meal; their food reportedly arrived ‘faster than usual’. When it was time to pay the bill, however, the two were quite surprised to learn the meal was ‘on the house’ – and Tamaddoni had more surprises for the two.

In his note for the Feists, he said: 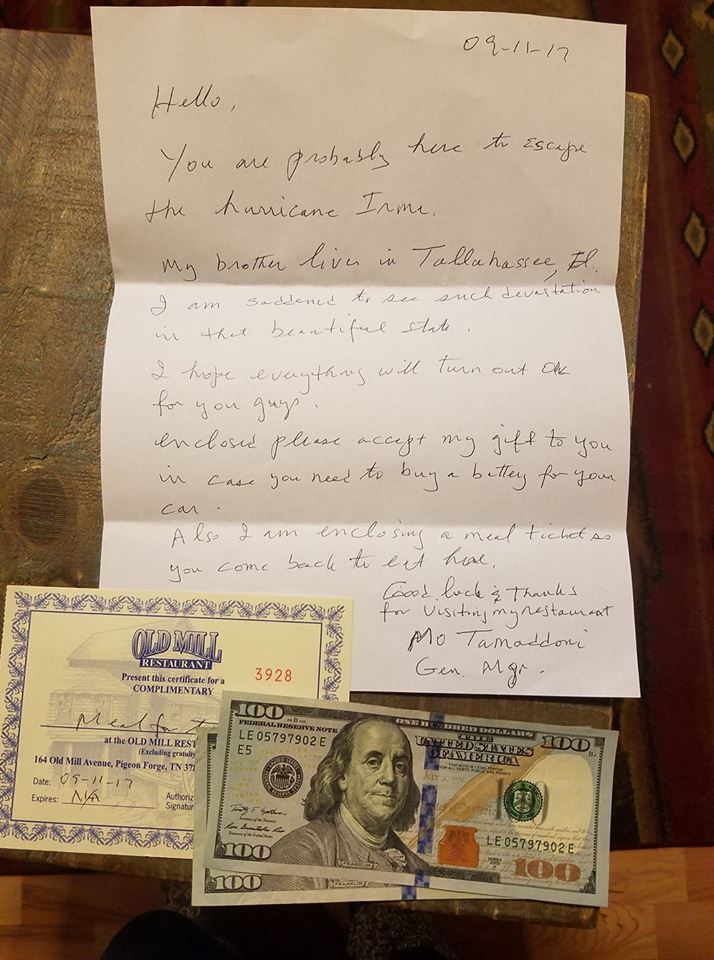 You are probably here to escape the Hurricane Irma. My brother lives in Tallahassee, Fl. I am saddened to see such devastation in this beautiful state. I hope everything will turn out ok for you guys.

Enclosed please accept my gift to you in case you need to buy a battery for your car. Also I am enclosing a meal ticket so you can come back to eat here. Good luck and Thanks for visiting my restaurant

What a sweet gesture!

Feist would later post that they were able to get home safe and sound with no further car troubles. They also found their home intact; it did not sustain damage from Hurricane Irma.

What is a Hurricane?

A hurricane is a storm with violent winds, registering at least 74 miles per hour of maximum sustained winds or a wind of force 12 on the Beaufort scale.