Residents and beachgoers were shocked to discover a dead 37-foot sperm whale in a resort in Babak District, Island Garden City of Samal in the Philippines. Darrell Blatchley, a cetacean expert, said that the carcass of the whale will be brought to the Bone Museum in Davao City. 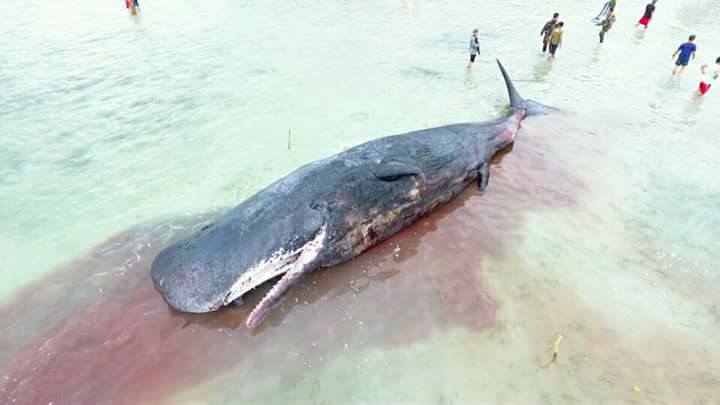 The report also tells us that a backhoe was used to bring the whale toward the shore. “The whale will be deboned onsite, with the meat of the carcass to be thrown at the Samal Sanitary Landfill,” added MB. 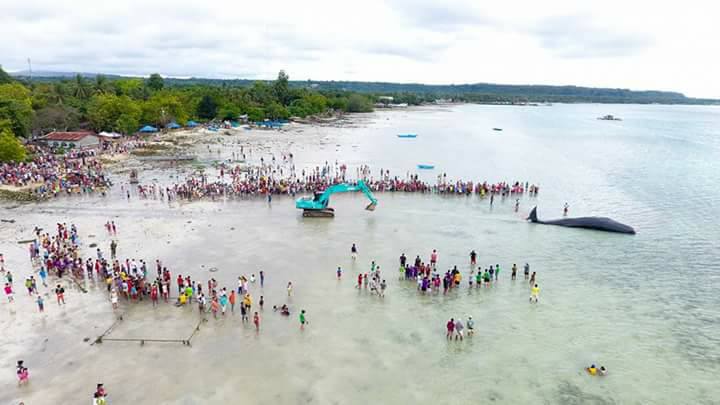 Although the cause of death remains unestablished at press time, Blatchley thinks the whale may have possibly choked on plastic trash or have gotten injured by propellers of vessels around the Davao Gulf. 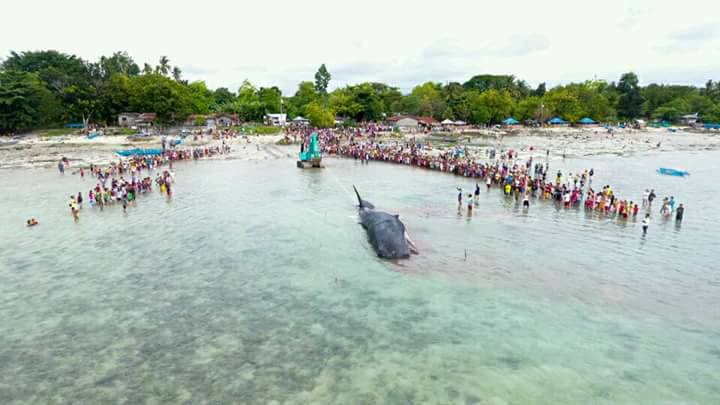 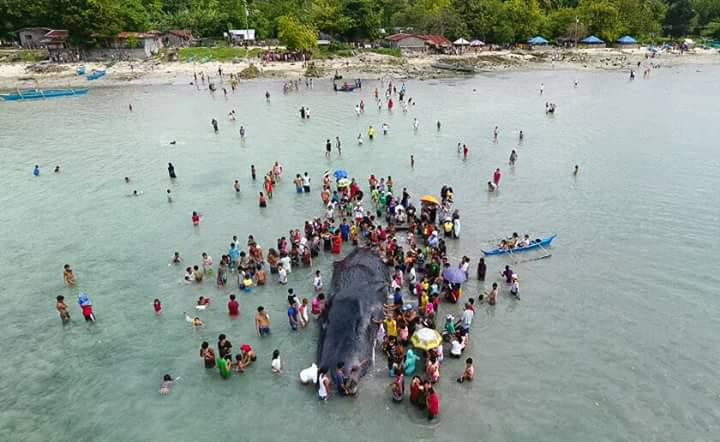 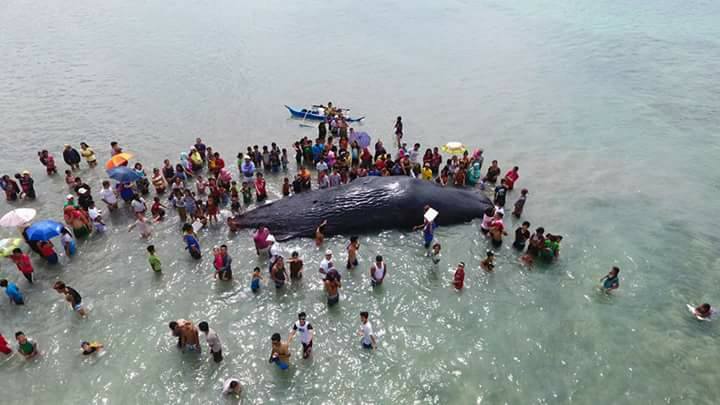 Blatchley noted that this is not the first time that they have spotted a beached marine mammal in the area. In the past, they have also responded to beaching of other cetaceans found along Davao Gulf shores.

What Is A Sperm Whale?

The sperm whale (Physeter macrocephalus), or cachalot, is the “largest of the toothed whales and the largest toothed predator,” according to Wikipedia.

The site also tells us:

“Mature males average 16 metres (52 ft) in length but some may reach 20.5 metres (67 ft), with the head representing up to one-third of the animal’s length. Plunging to 2,250 metres (7,382 ft), it is the second deepest diving mammal, following only the Cuvier’s beaked whale. The sperm whale’s clicking vocalization, a form of echolocation and communication, may be as loud as 230 decibels (re 1 µPa at 1 m) underwater. It has the largest brain of any animal on Earth, more than five times heavier than a human’s. Sperm whales can live for more than 60 years.”