A thesis is one of the most important documents that students trying to earn their master’s degree have to defend and later submit before graduation. It is the product of years of research and definitely months of study – and most like weeks of typing on the computer and editing their work.

So, we can easily understand why one master’s student fought with robbers to save her thesis; although it was rather foolish as she could have ended up dead if the robbers had also been bold enough to shoot her!

Noxolo Ntuli is a student taking her Master’s Degree in Molecular Zoology at the University of Johannesburg in Johannesburg, South Africa. She had put in a lot of hours to work on her thesis. When she finally completed her work, she saved it on her external hard disk and planned on backing up the data on her work computer but was not able to do so. 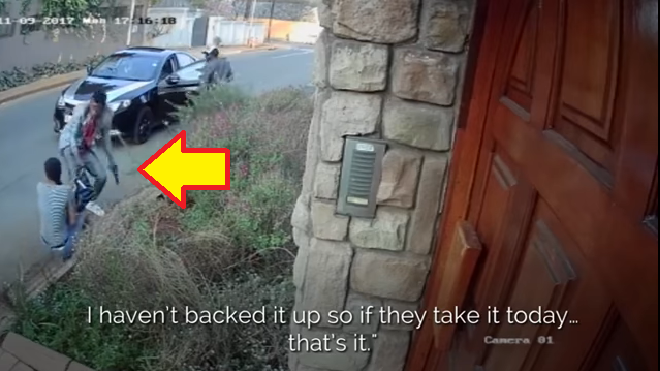 While walking by herself on a rather deserted road, Ntuli noticed a car stop behind her back. She quickly ran after seeing three men who were armed with guns but they were too fast for her to outrun. One immediately tried to snatch her bag but thinking only about her thesis in the hard disk drive, she refused to let go.

Later, she would tell the cops that she had no idea what the men were saying and what she was capable of doing; she didn’t even have much money or valuables in that bag except for the hard disk drive but letting go of her bag meant throwing away hours, even months, if hard work and she wasn’t about to do that.

It was foolish on her part to do so – and we certainly don’t recommend it to anyone else – yet this young lady fought hard for her bag until the robbers decided to let go and get away as fast as they can.

The incident was caught on the CCTV cameras at a nearby house; this led to the suspects getting caught in Brixton. In their possession was a laptop. The three men will be charged with armed robbery.