Rappler is one of the news sites in the Philippines which can be considered as ‘mainstream media’ but it seems that its popularity is being undermined by the #UnlikeRapplerChallenge and #UnfollowRappler campaigns which seem to be going so viral that the site’s Facebook page is quickly losing hundreds of followers per hour!

But why is this even happening?

The social media unlike/unfollow campaigns against Rappler started just recently but its roots seemed to have begun months ago when netizens accused the site of only spouting hate campaigns against Pres. Rodrigo Duterte. 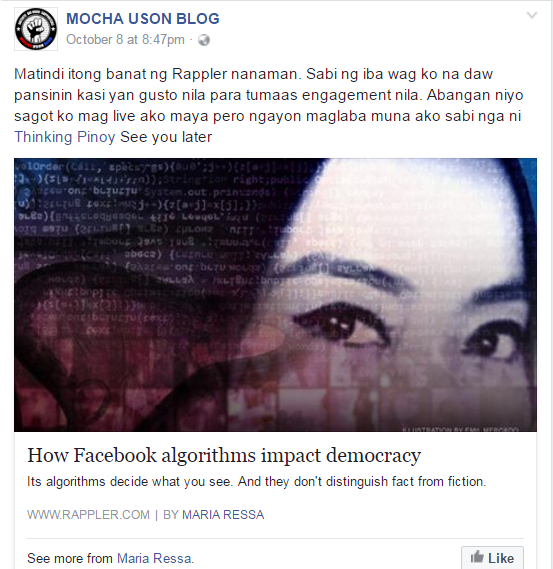 Recently, Rappler CEO and senior editor Maria A. Ressa figured in a word war against Mocha Uson. Then, on October 8, she released a piece entitled, “How Facebook algorithms impact democracy.”

In the article, she pointed out how Mocha turned from sexy entertainer to political blogger. She also explained about bots and fake accounts that supposedly help in the propaganda war.

This sparked a campaign for people to post fansigns that they aren’t bots and fake accounts. 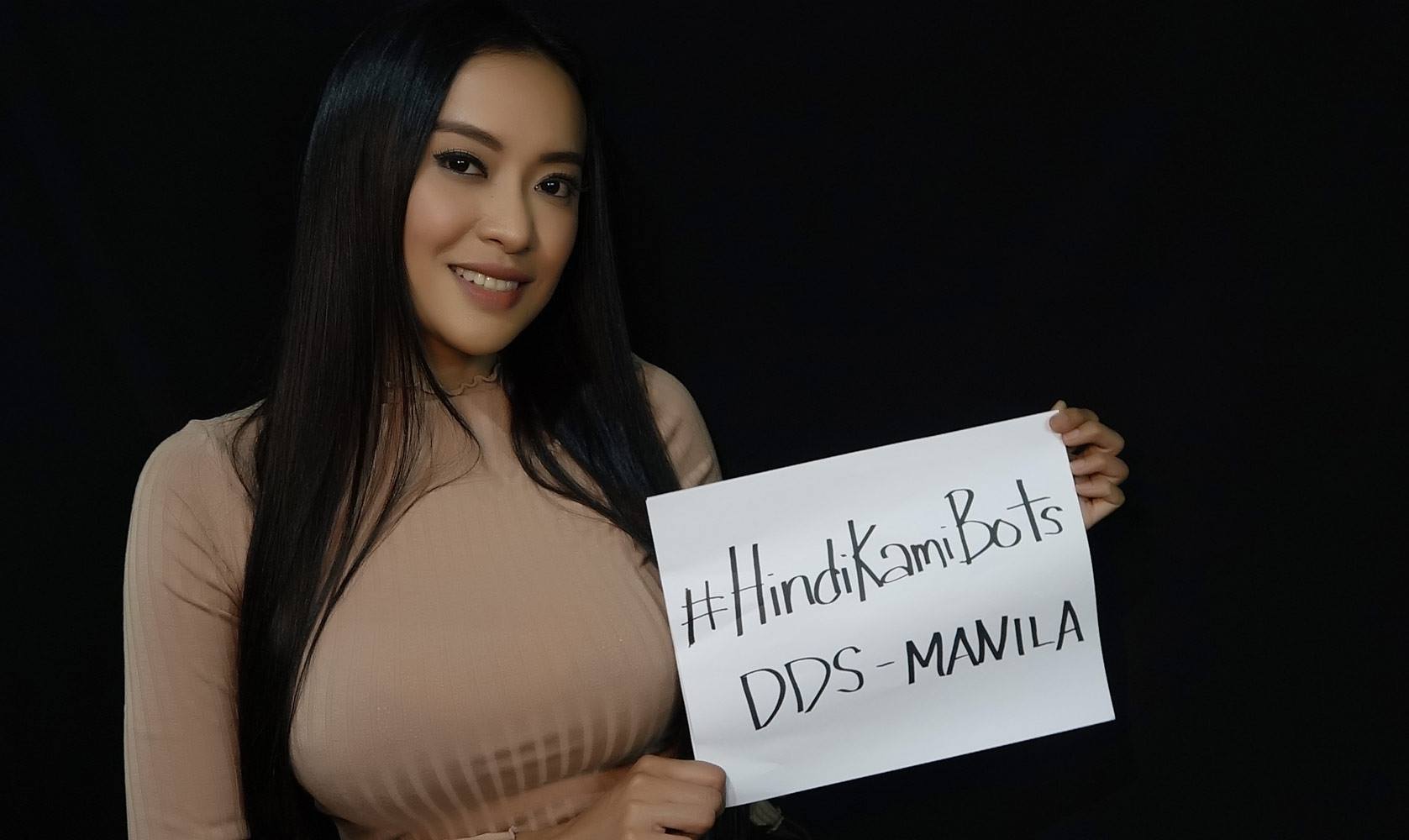 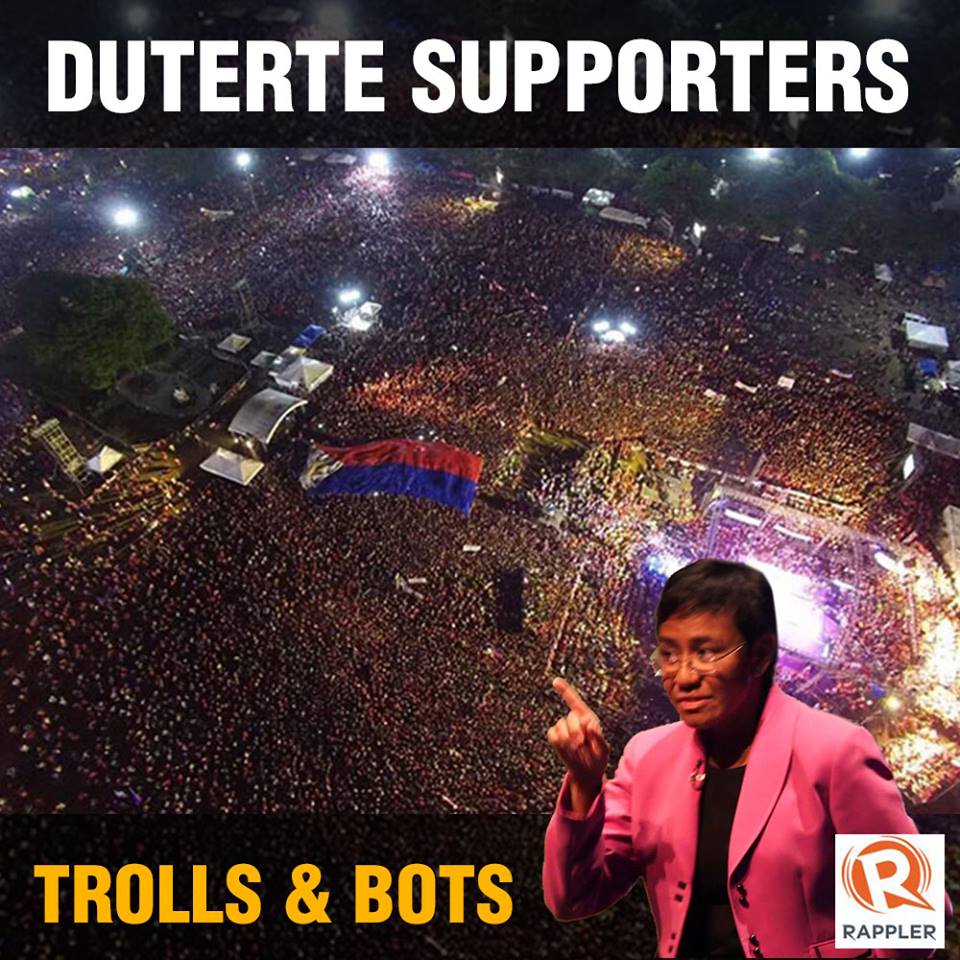 “Her [Mocha Uson’s] Facebook page is the lynchpin of a sophisticated pro-Duterte propaganda machine: in this post, she gives instructions for supporters to follow other Duterte political advocacy pages and supporters as well as anonymous blogs,” Ressa wrote on that Rappler piece. 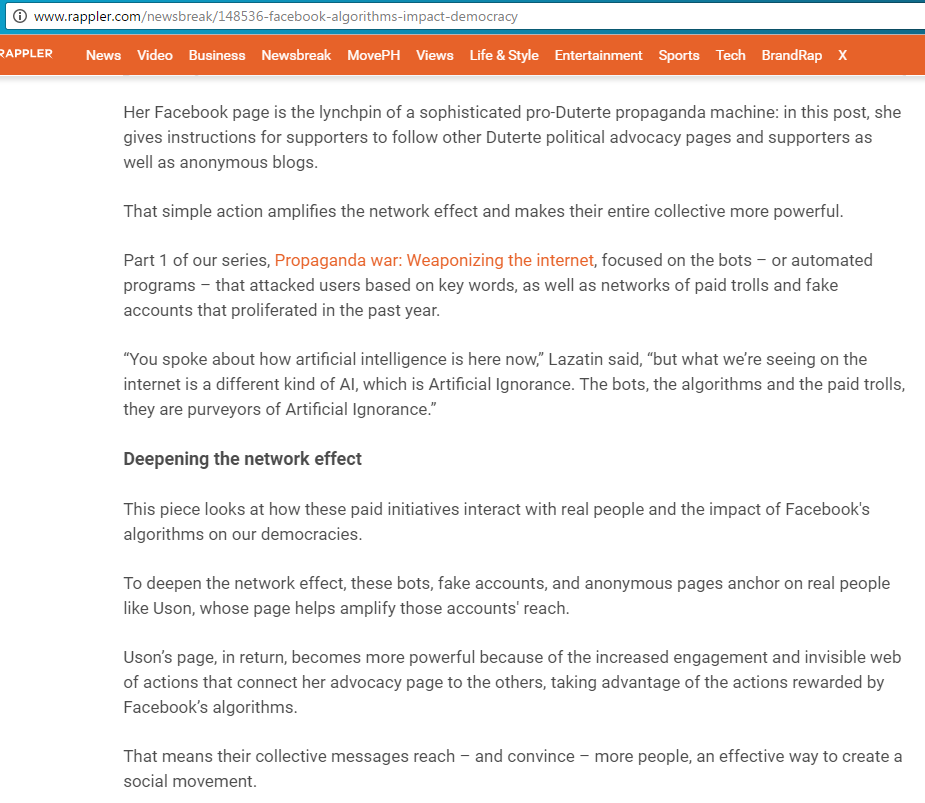 As the word war escalated, netizens began to campaign against Rappler. While this is, in effect, exactly what Ressa is trying to point out in her article about propaganda wars and political campaigns, the boomerang effect was so large that the page is now losing likers/followers real fast. 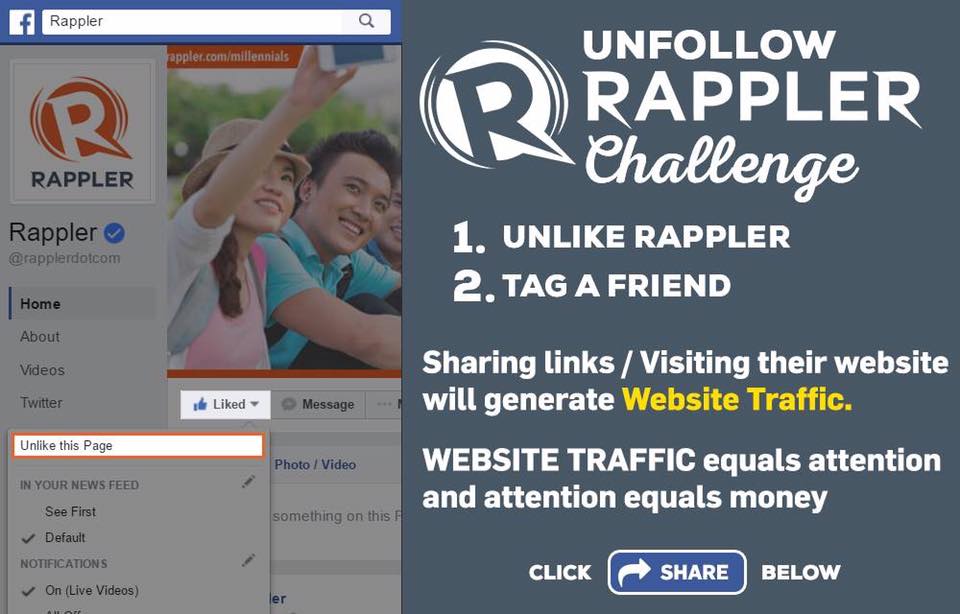 So, Mocha’s followers and many Duterte supporters soon pitched in to campaign against Rappler. Before the campaign, Rappler had over 3 million likers/followers but the numbers are now below that: 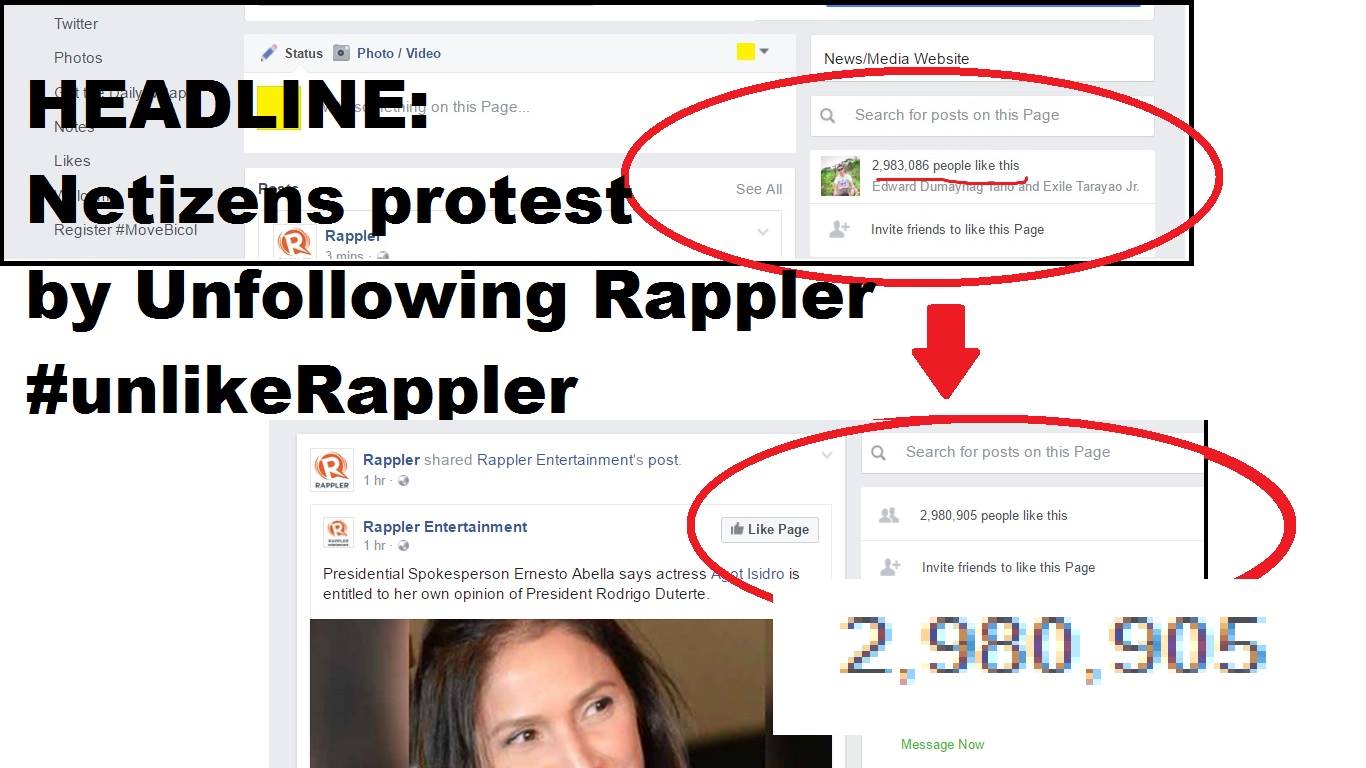 As of press time, the numbers have gone down to this: 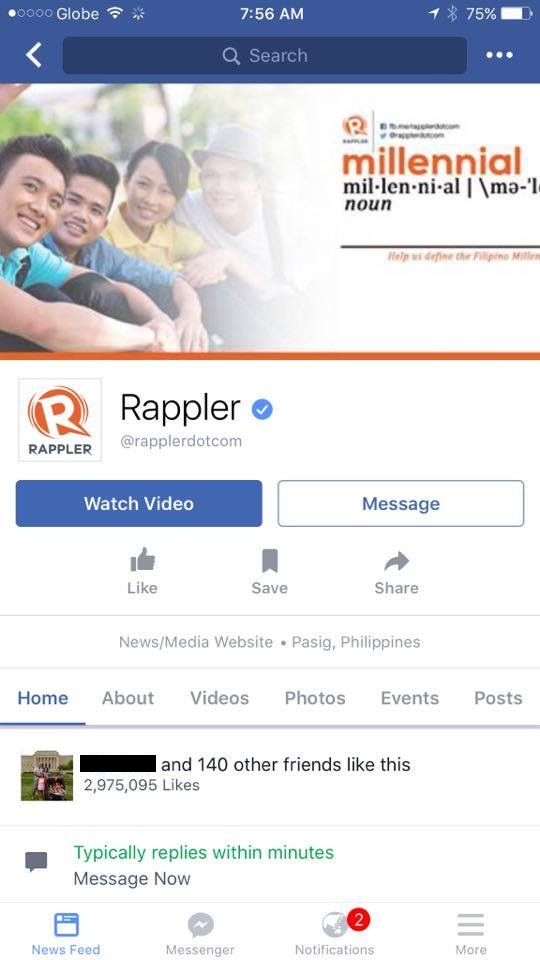