Different people have different ways of coping with death, and many do it by ‘talking’ to their dead loved ones even though they know they would no longer get a response. But any don’t think that children cope in this manner, and some even say that kids aren’t as affected with death as adults.

British radio presenter James O’Brien discovered recently that his daughter has been sending text messages to his late dad who actually died 5 years ago! 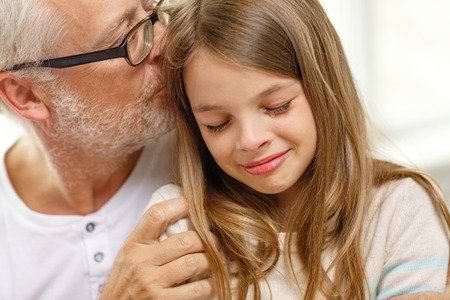 According to O’Brien, his daughter was still ‘very young’ when her grandfather died; thus, the radio presenter didn’t think he held a lot of impact on the girl’s life or that his death would greatly affect her.

Sometime after his dad died, O’Brien gave his old phone to his daughter. She used it mostly to just play games as the phone didn’t have a sim card with credits from a telecommunication company.

“My youngest has had my old phone for a couple of years. Just for games, which I download for her before disconnecting the internet. Still has my old contacts though [and] it turns out she’s been messaging my dad, who died 5 years ago. I may have something in my eye,” O’Brien wrote, as he shared a photo of the text messages. 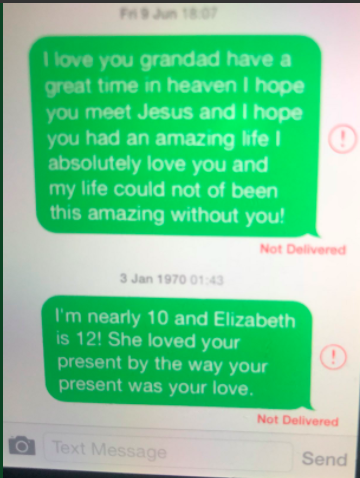 The photo went viral, with many people saying they also did something similar when trying to deal with the death of a loved one.

“That’s so lovely. About two weeks after my Dad died, my four [year] old picked up our phone and had a hushed pretend conversation, then put the phone down and announced, ‘That was Grandad. He isn’t very happy in heaven and he wants to come back!’” wrote another parent, Rachel McCoubrie (@McCoubrieRachel).

What do you think of this little girl and her text messages to grandpa? Cute, right?