Researchers from the Human Media Lab of Queen’s University in Ontario, Canada just came up with a revolutionary technology.

The team created “ReFlex” which is considered as the “world’s first full color, high resolution, and wireless flexible smartphone,” according to a blog post by CBC. 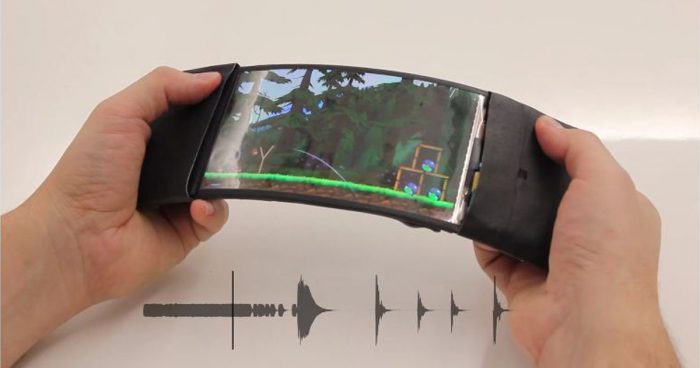 Aside from being an unbreakable and bendable device, ReFlex also offers a “browsing experience that is highly physical.”As you can see on the video below, flicking through the pages of a book, magazine, or comics can be done by bending the phone. Additionally, the phone vibrates with every single page, making the experience more realistic.

Avid smartphone gamers would also appreciate the unique gameplay that the phone provides. When playing Angry Birds, for instance, the slingshot can be used by bending and releasing the phone – which feels closer to how it’s done when using an elastic band. This is made possible because of the smartphone’s multi-touch technology which recognizes more than a single point of contact on the screen’s surface.

“I think the world of human-computer interaction is going to be turned upside down with this.

“The real innovation is that we can now start thinking about computer science and software and interaction as a three-dimensional thing.”

Although the Human Media Lab point out that they did not invent the flexible screen, they say they’re utilizing it to further push computer technology.

“We take those screens and we then think about what can we do with these in terms of human-computer interaction.

At this point, ReFlex is still in a prototype stage but Vertegaal predicts that something similar will be available to the general market within the next five years.