MANILA, Philippines- While delivering her graduation salutatory address, Krisel Mallari, a student from Sto. Niño Parochial School, was ordered to discontinue her speech by school authorities.

The video, which captured the incident that took place on Saturday, March 21 during the Santo Niño Parochial School’s 13th Commencement Exercises, has become the country’s latest viral hit in social media. 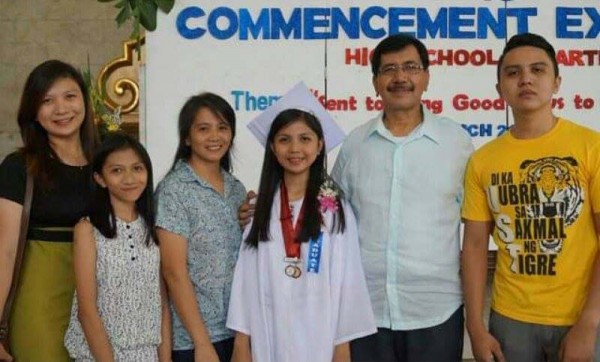 In the video, Mallari, an incoming accounting student of the University of Santo Tomas, was delivering her graduation address when the emcee of the ceremony suddenly took the microphone from her and asked her to stop.

Mallari bravely continued her speech despite the school authorities insisting to end it.

The student finally ended her address and walked away from the stage after several school authorities approached her on stage.

Speaking to ABS-CBN News, Mallari revealed that her speech was about an alleged cheating incident which took place in their school. According to her, the speech she delivered was not the one approved by school authorities.

Mallari’s sister Katherine narrated that the school wasn’t able to produce her sister’s computation of grades before graduation rites. Their family requested for it not for school competition but for the sake of transparency.

According to Katherine, there were also similar cases to Mallari’s in the past. However, it was only Mallari who decided to voice out her opinion.

Katherine also claimed that after Mallari’s speech, the school allegedly didn’t give her the Best in Religion award, despite being listed as a recipient of the award prior to graduation.

As of writing, the school administration has not given a statement regarding the issue.

The full salutatory speech of Mallari can be seen in the uploaded video on YouTube.

On Monday, March 23, the administration of Sto. Niño Parochial School addressed the controversial issue involving Mallari through a statement posted on Facebook.

According to the administrators, Mallari was supposed to deliver a welcome remarks which should be approved by the school. The administrators stressed that they were forced to stop Mallari from delivering her speech since it can’t be considered  a “welcome speech”. 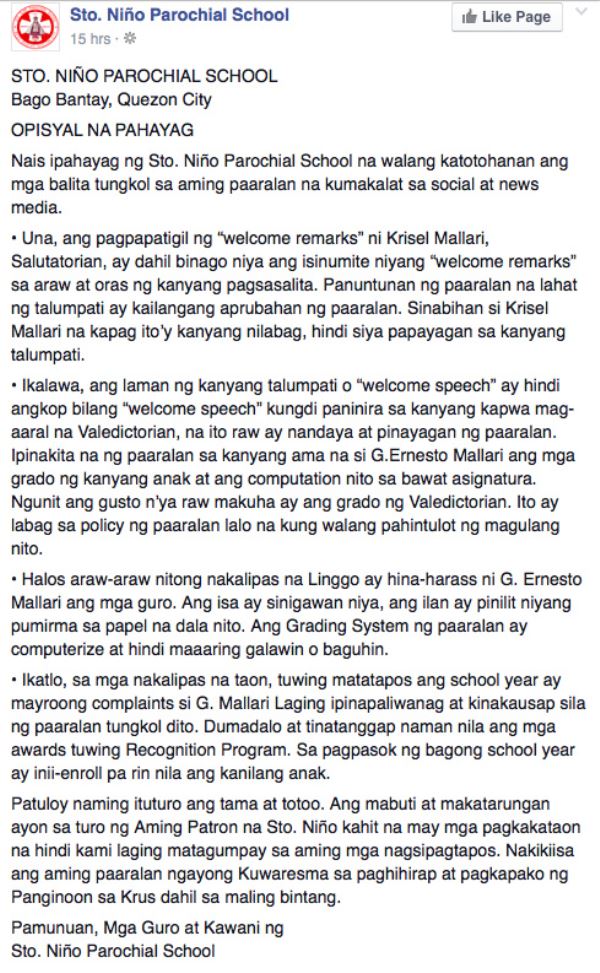