A lot persons with disability (PWD) might have various disabilities that hamper them from living an easy, normal life but many have learned to adapt with their body’s limitations. And while you can see a number of them in the streets, begging for money from kind-hearted people, there are actually those who work in regular jobs!

One such PWD works as service crew at a Jollibee store in Guagua, Pampanga.

Netizen Clairey Magas Ocampo shared a video of the young man who works at the store despite having only one arm. The unnamed service crew worked just as hard as the other workers, even doubly hard considering that he could only use one hand to clean up the tables. 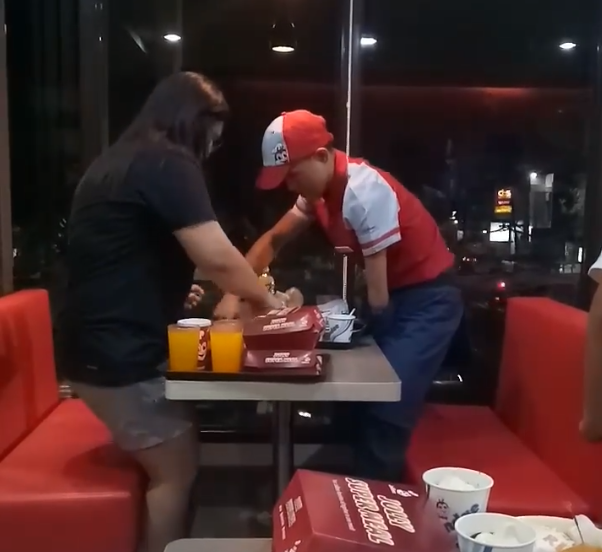 His disability did not hinder him from finding a job – and many netizens were also impressed at the manager who accepted the young man despite the disability. After all, work in fast food outlets just like Jollibee could be difficult for someone like him since there are a lot of people coming in and out of the store to dine; thus, he has a lot of tables to clean up every few minutes.

Along with the other service crew, he also has to make sure the tables are clean for the next customers, the floors properly mopped, and the food quickly prepared. 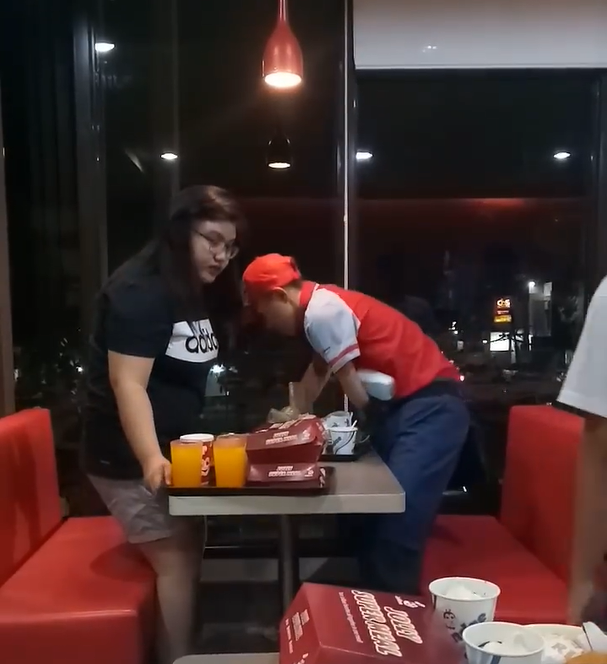 It’s true that there are times when the tables are very messy and the work becomes harder for this young man but based on the video, this does not bother him at all – and he could clear up the tables just as fast as any able-bodied service crew.

After cleaning up the table, the PWD service crew carried the table and hurried back to the kitchen.

Isn’t he impressive? Kudos to this young man!