We’ve seen a number of puzzling photos and optical illusions on the web – and we have once again stumbled upon something that made our brains ache for a short while.

It is a photo of a couple hugging at the beach. At first glance, you’d see nothing spectacularly puzzling about this snapshot but as soon as you look down to their feet, you will realize that something is rather weird.

It is obvious that they are hugging each other – but who’s in front, anyway? My eyes hurt for a while as I pored over this snapshot and my brain refused to acknowledge that it is the guy who is actually in the front of the photo as viewed from the observer, rather than the lady who appears to be there. Ack! Definitely confusing… 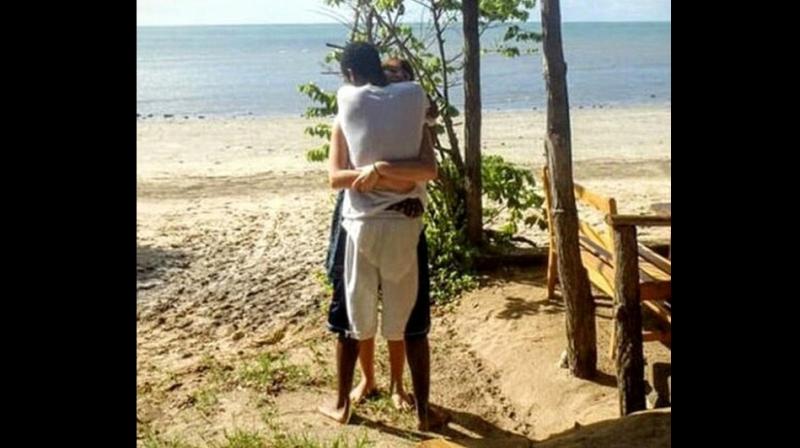 Taking a closer look at the photo, it would seem, really, that the woman is in front because her slender capri pants cover the man’s shorts – but her feet are facing the wrong way! Moreover, if the man was the one at the back (from the observer’s viewpoint), he would surely have his feet facing the other direction!

No matter how hard I tried to make my brain work on this one, the optical illusion is just too strong for my brain to process. Of course, the reality in this snapshot lies in how their feet are arranged – and you know for sure who is facing where and who is the one in front/back yet it continues to perplex the mind.

For those still confused as to the correct answer, it is the man who is in front and facing the beach – he’s just wearing blue and white shorts, with the white part somehow confused with the woman’s capri pants.

So, there you have it. Mystery solved. I hope you didn’t get a headache poring over this one…